Jim Carrey Reaches Out To Gun-Owners, Though Weapons Stance Remains

Jim Carrey will not change his stance on gun laws, though he apologized to rifle owners this week. 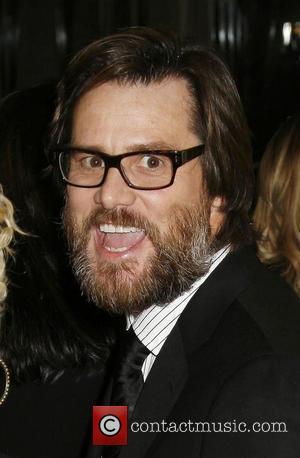 Hollywood actor Jim Carrey has reached out to gun-owners following his slew of Twitter tirades over the past year. The Dumb & Dumber star first vented his anger at owners of assault weapons in 2012, following the Aurora, Colorado, movie theater shooting that left 12 dead and 70 injured.

Shortly at the Newtown massacre that left 20 students and 6 adults dead, Carrey wrote on his Twitter account that anyone, “who would run out to buy an assault rifle after the Newtown massacre has very little left in their body or soul worth protecting.” The actor has also stated his intention to pull out of promotional duties for his upcoming movie Kick Ass 2, on account of its violent themes. Carrey made a point of noting he made the film a month before the Sandy Hook Elementary School shooting in Connecticut.

But, on Sunday (July 7, 2013), Carrey tried to defuse the on-going battle between himself and American gun-owners, tweeting: “Asslt rifle fans, I do not agree wth u, nor do I fear u but I do love u and I'm sorry tht in my outrage I called you names. That was wrong” (sic). He added: “Btw I don't need a crisis mgr, just a conscience. Calling ppl names is inappropriate but my position on assault weapons hasn't changed.”

Carrey – who boasts 10 million followers on the micro-blogging website – said on Tuesday, “You can only try to take a step toward somebody and if they back away you have to let them go. I love you all.” The actor is about to begin work on the Dumb & Dumber sequel, after independent company Red Granite agreed to finance the movie on a $35 million budget. Filming gets underway in August 2013 and the film is expected to be released in the summer 2014 – 20 years after the first.