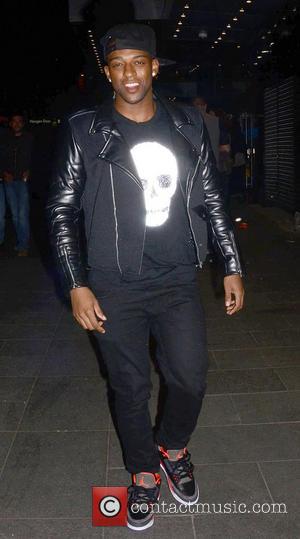 Pop band JLS were forced to begin their appearance on British Tv show Deal Or No Deal on Sunday (12May13) as a trio after singer Oritse Williams' car broke down en route to the studio in Bristol, England.

The British boyband appeared on the celebrity version of the programme, in which contestants play a game of chance to win a sum of money ranging from one cent/pence to $387,500 (£250,000), to raise money for their Jls Foundation, which funds a number of charities across the U.K.

However, Williams was late for the recording, prompting his bandmate Marvin Humes to tell show host Noel Edmonds, "In true Oritse style, only Oritse could do this, he broke down on the motorway because he ran out of petrol."

Williams joined the band 10 minutes after the show had started - but despite his late arrival, the Beat Again hitmakers went on to raise $77,500 (£50,000) for their foundation and will distribute the cash to charities helping children with cancer across Britain.

The band's stint on the show comes just weeks after they announced their split after five years in the limelight.