Joe Manganiello's life was ''in ruins'' because of his drinking when he was in his 20s, but he has now been sober for 11 years. 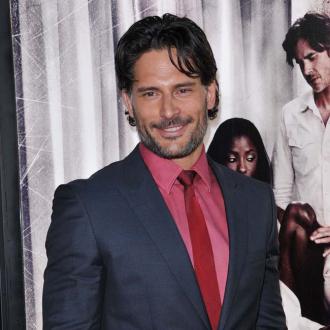 Joe Manganiello's life was ''in ruins'' because of alcohol.

The 'True Blood' hunk was drinking for much of his 20s and felt he was a ''ticking time bomb'' who wouldn't have made it if he didn't turn his life around.

Joe, now 36, told RadarOnline.com: ''I was drinking long before I moved to Los Angeles. When you're young and you are successful at a young age, and you have negative habits, the success validates in your mind everything you're doing across the board.

''I think the Sheriff's department shook me. They knocked on my door and gave me five minutes to collect my belongings before they changed the locks on me. My car got impounded and auctioned off. It wasn't one thing necessarily, but a whole bunch of things.

''I was at a place where I needed to quit drinking. And it had been a long time coming and I was hurting myself and hurting other people around me and it just became the time to stop. My life was in ruins and I needed to start walking my way back out of those ruins.''

The actor - famed for his muscular body - has now been sober for 11 years and says the vampire drama he stars in has been one of his main motivations to keep in top shape.

He added: ''The role of Alcide on 'True Blood' was an opportunity to push myself and see what I could possibly become.

''There was no gun to my head, nobody forced me to do any of this. It was basically at 33 years old, what do you want the rest of your life to look like? Do you want to know what you're capable of or not? And I used it as my motivator.''