'Anna Karenina' director JOE WRIGHT thinks Keira Knightley is an inspiring collaborator and couldn't wait to work with her on his adaptation of the Russian classic.

JOE WRIGHT thinks Keira Knightley is ''more than a Muse''.

The award-winning director - who has previously worked with Keira on 'Pride & Prejudice' and 'Atonement' - says it was a no brainer to cast the brunette beauty as his leading lady in his ambitious adaptation of Leo Tolstoy's classic novel 'Anna Karenina' because she is such an inspiring actress, friend and collaborator.

Joe revealed it's always a joy to work with the 27-year-old star as they have both developed creatively since they first met on the set of 'Pride & Prejudice' and understand each other's visions perfectly.

He explained: ''We both developed as people. We're both quite different as people then how we were when we met... she was 18.

''We've grown and we've had experiences that have formed our approach to our craft.

''Keira and I know each other so well in terms of our craft I'm not quite sure which are my ideas and which are hers, which is a nice way to be!''

Joe also admitted he felt compelled to put his own theatrical stamp on the story of Russian aristocrat Anna Karenina's life-changing affair with Count Vronsky because he identified with the age-old tale of love and loss.

He said: ''It's a timeless story in the sense that it's a domestic drama. It's about the experience of love and how we cope with it.

''It had emotional relevance all the way along. I see every job as an opportunity to learn. I had a great tutor, Sir Tom Stoppard to guide me along.'' 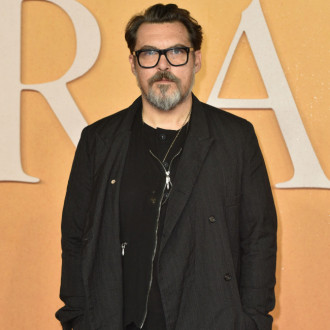