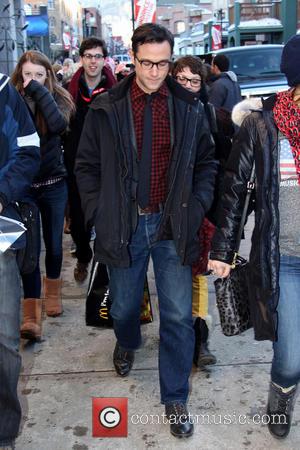 Do you remember when Joseph Gordon-Levitt wasn't hot? No? Well, he wasn't. There was a time in the long distant past where he was, for a while, type-cast as a nerd. Remember 3rd Rock from the Sun and 10 Things I Hate About You? He was in those! And he was absolutely great in them, but he was a nerd. And he had long hair. Anyway, now he has written, directed, and starred in his very own movie. A raunchy, morality-driven film called Don Jon's Addiction, in which he plays, not a nerd, a stud.

Co-starring is Scarlett Johansson, whose character champions the equally problematic traditional notions of Disney romance. She manages to create something that is something of a simulation of 'love', she doesn't sleep with him straight away, and she makes him work for it. Part of what she makes him do in his pursuit of sex is to join a night school. There they meet the moral root of the story; Esther (Julianne Moore), a mature student who smokes pot.

Just as Gordon-Levitt has made some major turn-arounds, and much of his career has been a series of juxtapositions, so Don Jon's Addiction challenges some hegemonic views on sex and love. It premiered on January 18th at the Sundance Film Festival.