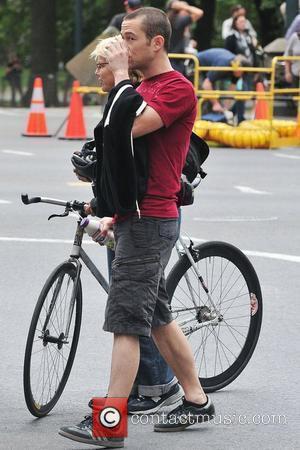 Actor Joseph Gordon-Levitt has lavished praise on Natalie Portman for bringing his dark new film Hesher to the big screen, because she put her faith in the independent drama to launch her production company.
Oscar winner Portman formed HandsomeCharlie Films last year (10) to focus on her love of women-based comedies and other smaller productions, and she settled on Hesher, featuring the Inception star as a troubled heavy metal fan, as the firm's first venture.
And Gordon-Levitt is thankful to the Black Swan actress for picking such a "little" project over a big Hollywood blockbuster.
He tells PopSugar.com, "Natalie is someone I've just admired ever since I saw The Professional. She's such a great actor, and yeah, she's produced Hesher. It's the first movie her production company has produced, and what a cool thing to do that with.
"If you're Natalie Portman, you can produce some huge Hollywood money maker, but she chose to do this little movie because she believed in the story and she believed in the filmmaker. It's the kind of movie that wouldn't necessarily get made without a little help from someone like her."