Whisky & Wool, the debut album from Devon-born blues-folk singer-songwriter Josh Bray, opens with an instant flavour of and resemblance to Ray Lamontagne, with Bray's strummed acoustic guitar and smooth, soothing vocals flanked by sensitive strings and gentle backing vocals. Even through the harmonica solo of opening track, 'The River Song', there's this immediate impression of Whisky & Wool as an album of inoffensive backing music; a feeling which continues through 'Rise', a heartfelt and sensitive song of hope, though with an undeniably catchy chorus.

Moving onto 'Bigger Than The Both Of Us', picked acoustic guitar echoes over a bed of smooth, mellow, low cello and gentle suggestions of sensitive upper strings which are perfectly complimentary to Bray's intelligently penned lyrics. Similarly, in 'This Is Life', Bray, pitch-perfect, blends blues-y talk-singing and a sensitive, smooth, sung vocal, again over lush string parts, and delicate, high-pitched mandolin glistens on top of strummed guitar chords. In something of a brief gear change, however, 'Hard Living' is slightly more upbeat with a more pronounced guitar riff that, at least to start with, resembles Jack Johnson's 'Taylor'. The track holds an American bluesy folk vibe, especially when the more determined drums enter and push Josh Bray's previously smooth and sensitive vocal tone into something more forceful. 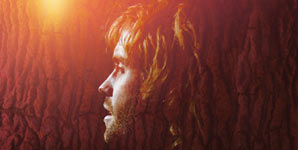 From then on in, however, snapping back to the soothing, Jose Gonzales-esque finger-picking and delicate vocals style, Whisky & Wool seems to take a downward turn into a collection of same-y, very similar and flat sounding melancholy folk songs, albeit for the brief suggestion of a more determined folk rock vibe that's reiterated from 'Hard Living' in 'Living Free'. The album gradually comes to a depressing close with 'Testify', a track that seems to bare the same emotional load as The Verve's 'The Drugs Don't Work'.

All in all, for someone with such a smooth voice and intelligent song writing manner, Whisky & Wool seems to be merely a wasted, half-hearted attempt from Josh Bray; an attempt which shows not nearly enough potential to have considerable mileage over his contemporaries.