The stars of 'Anchorman 2: The Legend Continues' are seen arriving at the New York premiere held at Beacon Theatre; among them are Kristen Wiig, who plays new addition to the cast Chani, and Christina Applegate, who returns as Veronica and arrives with husband Martyn LeNoble.

Ron Burgundy compares a Dodge Durango's horsepower to that of an actually horse before insulting it and challenging it to a staring contest in the new clip from upcoming 'Anchorman' sequel 'Anchorman 2: The Legend Continues'.

When Reggie the Thanksgiving turkey fails to convince his incredibly stupid feathered friends that they are being fattened up for an approaching feast, he is soon alienated from them. However, things are looking up when he is rescued by the President and even enjoys nibbling on pizza late at night in his luxurious new home. But when militant turkey Jake shows up, it's clear that he's not destined for a life of peace as he is enlisted on a death-defying mission to go back in time to the first thanksgiving and scratch out the traditional festive dinner and save the lives of thousands of their kind.

Directed by Jimmy Hayward ('Horton Hears a Who!', 'Jonah Hex'), this hilarious animated adventure has a star-studded cast that will keep everyone - both adult and child - in rib-cracking hysterics long after it hits screens. It has been written by Hayward, Scott Mosier ('Clerks: The Animated Series'), David I. Stern ('Open Season 2') and John J. Strauss ('There's Something About Mary', 'The Santa Clause 2') and will arrive just in time for thanksgiving to perhaps persuade you to go vegetarian this holiday season. Watch it as it hits theatres in the UK on November 29th 2013.

Ron Burgundy, Brian Fantana, Brick Tamland and Champ Kind have now hit the eighties and things are a little different. The legendary San Diego news anchors are now embarking on a different project, as part of a 24 hour news channel, but now they have fresh competition in the form of a young, handsome and well-dressed fellow anchor. Ron continues to put himself in sticky situations, this time involving some awkward racism with his new girlfriend's family during a social occasion among many other things. Will their antics extend beyond their previous capers involving angry bears and mean bikers?  Or will the eighties bring with it a more streetwise news bunch? We doubt the latter.

The sequel to 2004's 'Anchorman: The Legend of Ron Burgundy' is set to hit our screens soon entitled 'Anchorman: The Legend Continues'. We'll likely be seeing yet more hijinks from one of Hollywood's favourite comedy casts as they return following at massive $85 million gross from the original movie. Produced again by Judd Apatow ('The 40 Year Old Virgin', 'Knocked Up', 'Forgetting Sarah Marshall'), Adam McKay ('Step Brothers', 'The Other Guys', 'Talladega Nights') also makes a return as director and co-writer alongside Will Ferrell. It is scheduled for release in the UK on December 20th 2013.

Ron Burgundy, Brian Fantana, Brick Tamland and Champ Kind return in this hilarious sequel to 2004's 'Anchorman: The Legend of Ron Burgundy' which saw Ron land himself a hot girlfriend, get attacked by a bear and have his dog thrown over a bridge by an angry biker. The legendary San Diego news anchors are doubtlessly set to entertain us with more news casting exploits which, according to the latest teaser trailer, will involve 'submachine guns and boobies' and getting 'stinky'. One thing's for sure, it's going to be funnier, weirder and much ruder. 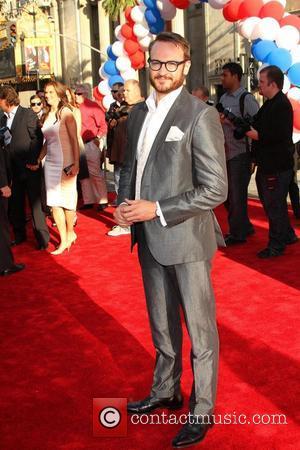