Justin Bieber ''can't wait'' to get married and have children with a ''beautiful wife'', but insists he's not forcing things along and is waiting for fate to take control. 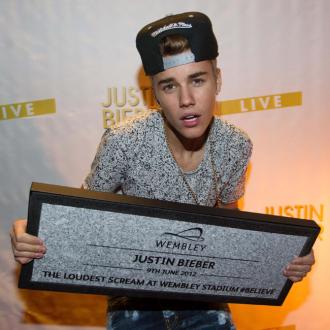 Justin Bieber ''can't wait'' to get married and have children.

The 19-year-old singer - who is known for his on/off relationship with Selena Gomez - admits his main priority for the future is to tie the knot with a significant other and start creating some offspring, but he's not forcing things and is letting fate do the work.

He is quoted by In Touch Weekly magazine as saying: ''I can't wait to have a beautiful wife and little kids running around, but those things are in God's hands, not mine.''

The 'Beauty And A Beat' hitmaker has been accused of going off the rails after a spate of recent incidents including allegedly spitting on fans from a balcony and reports of being involved in a club brawl, but he insists his mother Pattie Mallette taught him how to be a gentleman around women.

He explained: ''I'm not going to lie. It's fun to be young, fall in love and be in love. My mum taught me how to treat a woman right, so I enjoy taking a girl out and doing nice things for her.''

He added: ''Everyone deserves to feel like they are the most special person in the world.''

However, the teenage heartthrob - who was rumoured to be dating model Ashley Moore after he was spotted enjoying a cosy lunch with her last week - wishes people would stop obsessing over his love life and start putting their energy into his talent.

He said: ''Sometimes I think people get distracted... and forget that I'm here to create music.

''I put everything I have into my music, and I wish people would focus more on that.''