Justin Bieber has admitted he feels like he doesn't ''want to get out of bed sometimes'' because he wants his new music to be flawless. 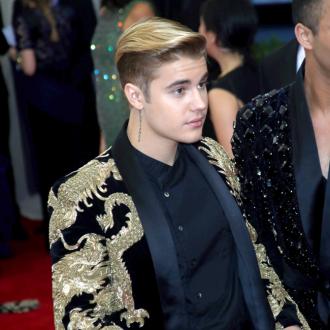 The 'Where Are You Now' hitmaker has admitted he is struggling to finish his eagerly anticipated new album because he's so desperate to impress people.

He said: ''I've been working a lot in the studio, just trying to have a consistent sound - a cohesive sound. I get in my head a lot, and I get kind of depressed because I want it to work so badly.

''I want people to love it. I want to inspire people and sometimes I feel like, ''Is this good enough? Is this the direction I want to go? I had kind of a rough week last week. I get in my head and I don't want to get out of bed sometimes.''

The 21-year-old pop star also revealed the meaning behind his forthcoming single 'What Do You Mean' - which has been produced by Skrillex - explaining it is about getting confused by the opposite sex, who he described as ''flip-floppy''.

Justin told On Air With Ryan Seacrest: 'Well, girls are often just flip-floppy. They say something and they mean something else. So ... what do you mean? I don't really know, that's why I'm asking!''