Justin Bieber has taken to Twitter to thank his father Jeremy for the support following his arrest for driving under the influence of drugs and alcohol in Miami last week. 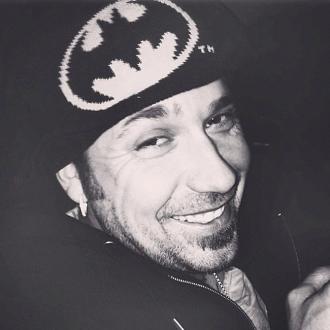 Justin Bieber has taken to Twitter to thank his father.

The 'Boyfriend' hitmaker praised his dad Jeremy as the ''greatest dad in the world'' and thanked him for the support following his arrest for driving under the influence (DUI), resisting arrest and driving without a license after an alleged drag race in Miami last week.

Justin - who is currently spending time with his family in his native of Canada - posted a black and white photo of his father with the caption: ''I have the greatest Dad in the world, He's taught me how to love, learn, and stay true to myself. I will forever be grateful because he was my superhero #batman (sic)''.

Justin - whose father was believed to be with him at the time of his arrest - also took the time to thank Dan Mathieson, the Mayor of his local town Stratford, whose kind words featured in Beacon Herald newspaper had resonated with the 19-year-old singer.

He added: ''Never forget where you came from or those who supported you before anyone else. Still the small town kid. Thanks.''

Justin also shared a link to the newspaper article, in which the mayor had said: ''As far as I'm concerned, he is a 19-year-old person who has made some errors, I hope for his sake that he can get a reset, and get back to music and doing what he loves.''