Where Is Justin Bieber From? Mars, Venus or Pluto?

Justin Bieber is about to go where no teenager has gone before. 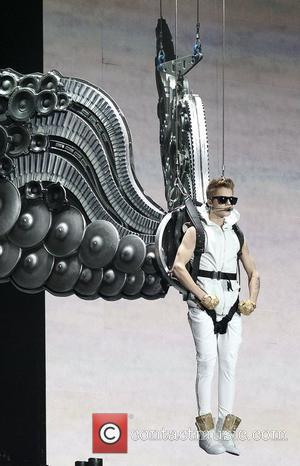 America has finally lost patience with Justin Bieber and will blast him back to his homeland on the Virgin Galactic commercial space flight. But where is Justin Bieber from? Mars? Venus? The Moon? Well, actually he's from Ontario, Canada, and Mr Obama hasn't decided to exile the troublesome 19-year-old. Sorry.

Of course, the young scamp and his manager Scooter Braun have signed up for Sir Richard Branson's space flight which means he WILL be returning to earth, unless Tom Hanks throws him out of the window that is. "Great to hear @justinbieber & @scooterbraun are latest @virgingalactic future astronauts. Congrats, see you up there!" tweeted Branson this week. Bieber replied: "Let's shoot a music video in SPACE!!"

The space programme comes at a cost of $250,000 (deposit) though it wasn't enough to put off Bieber, or the likes of Ashton Kutcher, Tom Hanks, Brad Pitt, Angelina Jolie and Leonardo Dicaprio, who have all reportedly paid the fee to be the first civilians in space. At last month's Cannes Film Festival, one guest at a charity auction paid $1.2 million to sit next to DiCaprio on the flight.

Bieber is probably looking forward to leaving planet Earth for a couple of hours after a rough couple of months. His most recent (alleged) misdemanor involved two photographers in Miami on Wednesday (June 5, 2013). He apparently ordered his security guard to take a snapper's camera (which was caught on camera) and rumors that his guards assaulted another photographer are being investigated.

Virgin Galactic has been testing its SpaceShipTwo, which carries six passengers, ahead of its first trip later this year for Branson and his family. The rocket will fly to around 68 miles above Earth where passengers will experience zero gravity. Justin Bieber Has Shelled Out $250,000 For Himself AND Manager Scooter Braun To Travel Into Space