Kaiser Chiefs and Bush are to support Bon Jovi at their Barclaycard British Summer Time concert in London's Hyde Park on July 5. 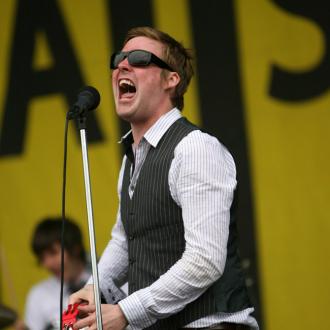 The 'Ruby' rockers - fronted by Ricky Wilson - will be joined by Bush on a rock heavy bill on Great Oak Stage at London's Hyde Park on July 5.

Other acts added to the line-up at the open air music festival include The Futureheads - who will perform on The Theatre stage - and former Busted and Fightstar frontman Charlie Simpson.

'Livin' On A Prayer' singer Jon Bon Jovi has promised his band will be turning the volume ''up to 11'' on the night when they hit the stage.

He said: ''We're just going to turn it up to 11 and let them deal with it. Hopefully all the authorities know all the words and will sing along. We'll push it as hard as we can.''

Bon Jovi - who have just released their new album 'What About Now?' - are performing another six dates in the UK on their 'Because We Can' world tour.

The Barclaycard British Summer Time Hyde Park concerts will run from June 28 to July 7 and more headliners will be announced in the coming weeks.

Tickets are available now at www.bst-hydepark.com.