Kanye West is the latest celebrity to join the ranks of Anchorman 2. 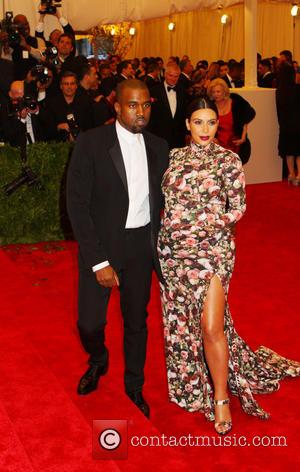 Kanye West appears to have landed himself a cameo in the Anchorman sequel after Hollywood.com reported he was spotted filming with Christina Applegate and Paul Rudd on a downtown Atlanta rooftop. It's safe to assume Anchorman 2 was the movie being filmed, with Kanye thought to be making a very brief cameo.

The eyewitness said, "he was quite afraid of heights and required an umbrella for shade most of the time he was on the roof." The Anchorman 2 production began in Atlanta in the past few weeks filming scenes in Woodruff Park and the surrounding areas, many of which have been captured by the prying eyes of the paparazzi. Writer and producer Will Ferrell is apparently a long-time hero of Kanye's, having included his dialogue from Blades of Glory in his song N*ggas In Paris. Following his infamous Taylor Swift/MTV VMA's controversy, Kanye compared himself to Ron Burgundy in a Twitter rant.

The sighting comes just 24 hours after Tina Fey and Amy Poehler were see beating up co-star Sacha Baron Cohen with crowbars! The rumors are that Vince Vaughn and Luke Wilson have also filmed very brief performances at the Atlanta set, while Nicole Kidman will be featured in a "secret" un-credited role, according to the Hollywood Reporter. Harrison Ford will be a news anchor in the new movie.

Though it's sounding like a pretty impressive cast - we can't help but think tons of tiny cameos is the wrong way to go. Here's to hoping they don't ruin things.