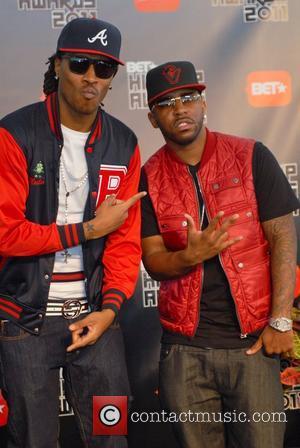 Big news in the land of hip-hop today, as Pusha T drops his mixtape, Wrath of Caine. And no, we don’t think he’s talking about Michael. Wrath of Caine is a seriously star-studded affair, boasting production from Kanye West, Renegades, The Neptunes, Jake-One and B!nk. He’s also drafted a guest appearance from hip-hop heavyweight (and recent lucky survivor of a drive-by shooting) Rick Ross.

Ross wasn’t the only one to drop by the studio though, Pusha also got French Montana, Troy Ave, Andrea Martin, Kevin Gates and Wale to pop in and lend their skills. The mixtape’s now online for stream and download, after Pusha T teased fans with a tracklist as well as two new songs and details on the collaboration with Wale (‘Only You Can Tell It’).

This is a follow up to 2011’s Fear Of God mixtape and Pusha will be releasing his debut studio album My Name Is My Name in March this year. Wrath of Caine is a neat interim release, a chance for Kanye’s G.O.O.D. Music buddy to get everyone ready for the major release, which is due out as a joint promotion between G.O.O.D. Music and Def Jam Recordings.