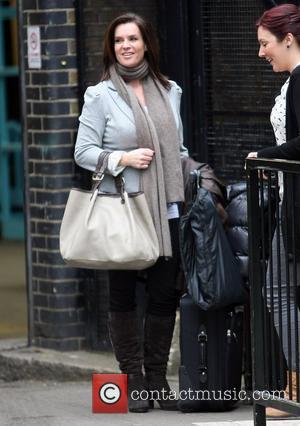 Katarina Witt is best known for her enormous haul of medals and championship titles, which she amassed throughout her career as an amateur and then professional figure skater. The 46 year old, originally from Berlin, Germany (born at a time when both the city and country were divided by the Berlin Wall) is now known for her role as a judge on the popular TV talent show Dancing on Ice. However, she also holds the unusual title of being only the second star to sell out an issue of Playboy, for whom she modelled in 1998.
Talking to the Telegraph, Katarina explained her motives for doing the photo-shoot. "It was the right moment," says Witt. "Some girls did Playboy to enhance their career but at this point I was at my peak. I was the most successful figure skater in the world, touring more than 60 cities in America and travelling by private jet." Using that success to her advantage, she agreed to the shoot on the grounds that she had creative control over the arrangements, adding, "I was filming the movie Ronin with Robert De Niro. It was an incredible year and when the Playboy offer came in I thought, why not? For 10 years I turned it down but they gave me all the rights for choosing the photographer, location and how the pictures looked." The end result was a magazine that sold out for the first time since Marilyn Monroe in 1953.
Katarina also explains that growing up in East Germany, she was not allowed to talk to the Western press, which "created a lot of myths. Today, modern track and field athletes are far more flamboyant, but in my day it was different."