Kate Bush is set to collaborate with Oukast rapper Big Boi on his new album. 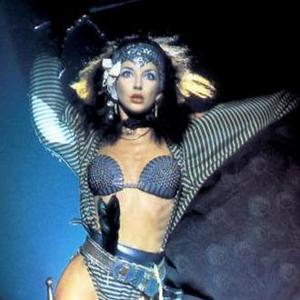 Kate Bush is set to collaborate with Outkast's Big Boi.

The 'Wuthering Heights' singer is thought to be in talks about working together after the rapper tweeted to say he had been talking to her.

Big Boi - who forms one half of hip-hop duo Outkast alongside Andre 3000 - has often praised the British singer, saying he hopes to work with his musical idol one day.

He said in June: ''I want [Kate] to co-produce something with me. We'd produce a song and write it from scratch.

''I'd rather get her in a room and not have a plan and just let it come organically - it's not like I've got a song and I'll just be like, 'I want you to sing this part right here'.''

If the track comes together it could be included on Big Boi's new new album, 'Vicious Lies And Dangerous Rumors', set for release in November.