Andre 3000 has hinted he wants to quit the music industry.

Andre 3000 has hinted he wants to quit the music industry.

The 'Hey Ya!' hitmaker - whose full name is André Lauren Benjamin - has admitted he never thought he would still be in the entertainment business when he was 25 years old, but not the 42-year-old singer is questioning whether he still wants to be making music for the next eight years.

Speaking to Complex about his career, the Outkast band member said: ''When I was 25, I said I don't want to be a 30-year-old rapper. I'm 42 now, and I feel more and more that way. Do I really want to be 50 years old up there doing that?''

The 39-year-old recording artist revealed he "felt like a sellout" during the hip-hop duo's reunion summer festival tour.

Andre 3000, real name Andre Benjamin, and his hip-hop partner, Big Boi, celebrated the 20th anniversary of their successful hip-hop duo Outkast last summer by playing a string of summer music festivals across the U.S., but their reformation wasn't much of a celebration. While performing on the tour Andre wore a total of 47 custom jumpsuits featuring slogans like "I don't know what else to say" and "Art or fart", which are currently being shown in an exhibit at Art Basel in Miami, as a way to express his displeasure of the reunion.

Continue reading: Andre 3000 Reveals Why He Was Against Outkast Reunion Tour 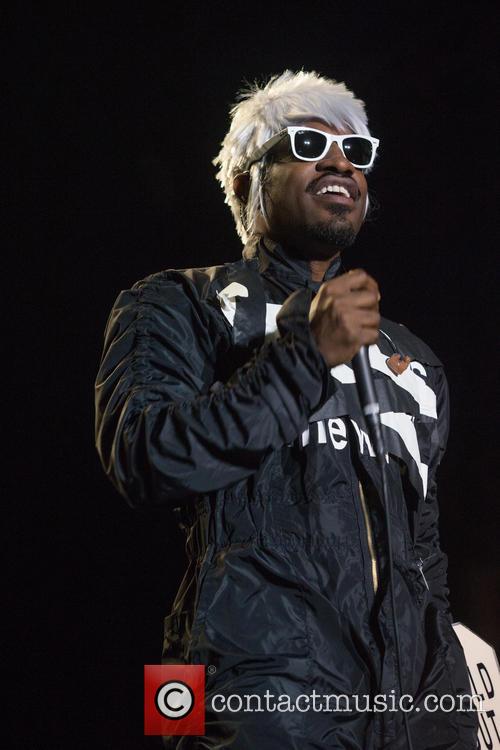 Outkast wants Leonardo DiCaprio to play him in a film, and Kevin James to play Big Boi.

Andre 3000 may have just played Jimi Hendrix in Jimi: All Is By My Side, but the Outkast man has some ambitious plans for a biopic of himself. Speaking at a screening of the movie at the Grammy Museum in Los Angeles, the rapper admitted he had some unconventional casting choices in mind.

"Instead of really serious, make it a full comedy - like Kevin Hart would play Big Boi," he told Rolling Stone. For himself, Andre said, "We should cast somebody stupid - like Leonardo [DiCaprio]."

Continue reading: Andre 3000 Wants Leonardo DiCaprio To Play Him. Which Could Be Problematic.

By Hannah Woodhead in Lifestyle / Showbiz on 25 September 2014

Andre 3000 has some unusual casting ideas for who might play him and Big Boi in a film about their band Outkast.

Andre 3000 has some interesting ideas about who he might cast if there were to be a movie about Outkast, and you probably won't have thought of them before now!

The musician-turned-actor, who is appearing as Jimi Hendrix in the biopic Jimi: All Is By My Side, shared his ideas about who he thought should play himself and Big Boi in a film version of their story at a press conference, as reported by MTV.

Continue reading: Andre 3000 Has Some Interesting Casting Ideas For An Outkast Movie 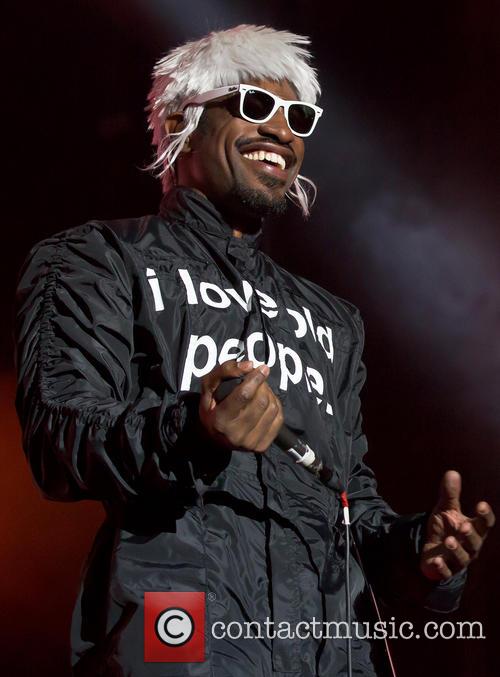 Andre 3000 stars in 'All Is By My Side', the soon-to-be-released biopic of Jimi Hendrix. The trailer has been released today ahead of the film's release in the UK in August.

The movie trailer for the upcoming biopic of Jimi Hendrix has been released. The film, entitled Jimi: All Is By My Side, stars Outkast's Andre 3000 AKA Andre Benjamin as the late rock icon. Hendrix became a rock icon in the 1970s but his life was tragically cut sort in 1970 when he died at the age of 27. The cause of death cited as a lethal concoction of prescription medication which led to asphyxia, causing Hendrix to choke on his own vomit. The film has been long anticipated as Hendrix's story truly epitomises the astronomic rise and tragic demise of a hugely popular and influential figure.

Continue reading: See Andre 3000 As Jimi Hendrix In 'All Is By My Side' [Trailer] The film took seven years to make, but it sounds like a must watch for Hendrix fans.

Outkast’s Andre 3000 got the chance of a lifetime – to play one of his idols, Jimi Hendrix, in an upcoming biopic. The first promotional images for All By My Side have been released, and the film is about to have its US premiere at South by Southwest next week. Benjamin in character on the set of the film.

In it, Andre 3000 (real name Andre Benjamin) portrays one crucial story from Hendrix’ life – his friendship with one Linda Keith, an ex-girlfriend of Rolling Stones guitarist Keith Richards, who inspired a lot of Hendrix’s original work. The film itself originated from an instrumental by Hendrix, called Sending My Love to Linda. When screenwriter/director John Ridley (who just won Best Adapted Screenplay at Sunday night’s Oscars) stumbled upon the song, he got the idea to work the story into a full screenplay. From then on, the journey from page to screen took roughly seven years. Finally, the Outkast guys are back

It doesn’t seem right to be talking about the international headliners set to grace sun-drenched climes of Coachella 2014, not when January still plagues us so. But with Andre 3000 and Big Boi set to make a return as Outkast, there isn’t a lot else to talk about. Andre 3000 and Big Boi are working together again

It’s confirmed: Outkast will be headlining the festival alongside Muse and Arcade fire in a line-up stellar enough to rival the world famous Glastonbury, which is also set to be headlined by the recently returned Reflektors.