Weekly Coronavirus Updates: How Has The Virus Outbreak Affected Music This Week? Make sure you're tooled up properly for your next festival weekend.

Festival season kicks off officially this weekend with Coachella Valley Music and Arts Festival in Indio, California, and those lucky enough to attend and catch the likes of Ariana Grande, Childish Gambino and Tame Impala can expect glorious sunshine all weekend. The same can't be said for those attending UK festivals this summer. They are notoriously less glamorous, but with a few must-have gadgets you can make things easier for yourself... They will be headlining the forthcoming festival along with The Weeknd.

Coachella Valley Music and Arts Festival 2018 is just weeks away and with this New Year comes a spectacular new line-up. Festival organisers have now confirmed the three weekend headliners as The Weeknd, Beyonce and Eminem respectively, and tickets are on sale later this week.

Eminem will be taking over the much coveted spot of Sunday headliner at Coachella this year, treating his audience to a few numbers from his latest album 'Revival'. With Beyonce preceding him on the Saturday, there's a good chance we might see their first live collaboration of their song 'Walk on Water' from the rapper's new record.

Beyonce was due to headline the festival last year, but pulled out due to her pregnancy.

Eminem is rumoured to be headlining next year’s Coachella Festival, alongside Beyonce and The Weeknd.

The annual festival, which is held at the Empire Polo Club in Indio, California will take place over the weekends of April 13-15 and April 20-22 next year.

Is Eminem set to headline Coachella 2018, alongside Beyonce and The Weeknd?

As iconic as Kate Bush is, it seems American festival Coachella refused the opportunity for the songstress to perform at the event, claiming festival goers "wouldn’t understand her". The British songwriter, singer and music producer had just come out of a live performing hiatus but even that couldn’t convince music organisers to grab her up. Despite the fact, Bush is so revered and numerous artists have cited her as an influence on their work, the New Yorker reported that Marc Geiger, head of music at the William Morris Endeavour Agency, said the Coachella CEO refused to have any of it.

Continue reading: Coachella Refused The Chance To Have Kate Bush Perform At The Festival

Lady Victoria Hervey shows off her bikini body, while chatting with a mystery man in Palm Springs at the exclusive Junipero Resort in Palm Springs, California - Friday 11th November 2016 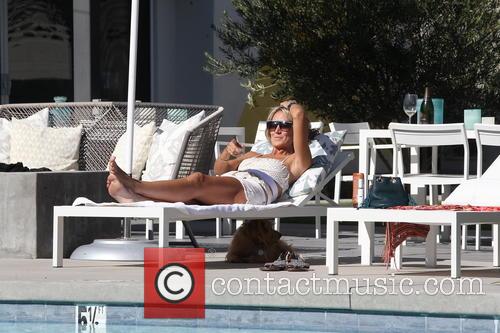 Kanye West made a surprise appearance during The Weeknd’s Saturday night set at Coachella, helping singer Abel Tesfaye cover the rapper’s hit ‘Heartless’. The festival, which is known for always coming through with surprise performances, ends its two weekend run this Sunday with Drake closing the festivities with a headlining set. Kanye gave the Coachella crowd a treat on Saturday night when he performed with The Weeknd.

West had been rumoured to be making a surprise appearance during Drake’s set, but it appears the Yezzus rapper just couldn’t wait to surprise the Coachella crowd. Joining Tesfaye as he delivered a cappella cover of the rapper’s hit, West then launched into his own four song set.

Reality star sisters Kylie Jenner and Kendall Jenner were spotted dancing with their model friend Hailey Baldwin at Coachella 2015 in Indio, California. Kylie made sure she stood out with her turquoise hair, matching white shorts and top, and sleeveless long white jacket, while sister Kendall wore a bikini top, brown vest and knee length denim shorts. Hailey looked super casual with her hair tied back and wearing knee high boots with a red vest top and denim shorts. 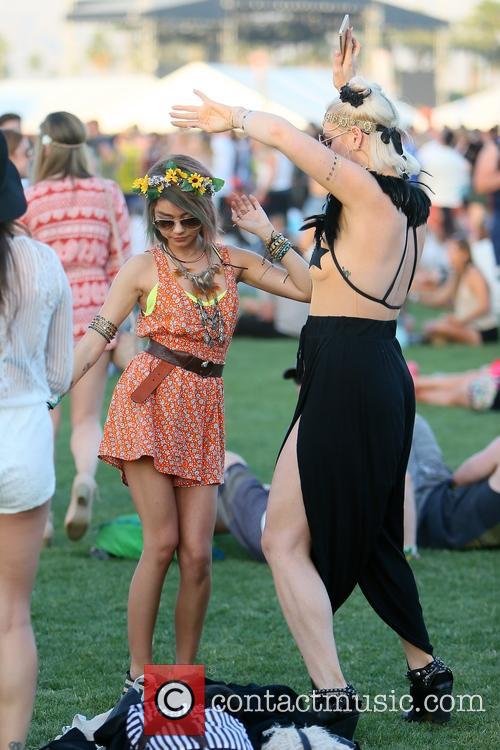 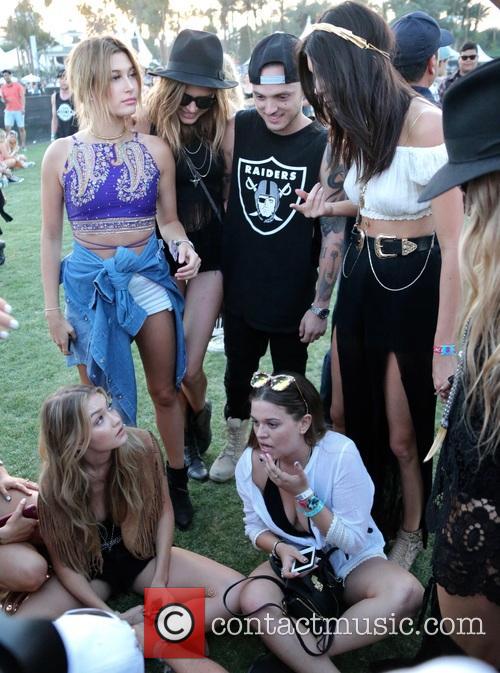 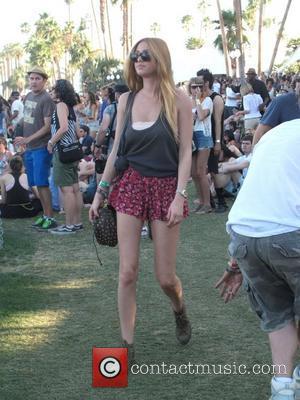