New Mother Catherine, Duchess of Cambridge Attended Her First Public Engagement Since The Birth Of Her Daughter By Joining In Queen Elizabeth II's Annual Birthday Celebrations In London On Saturday (13jun15). 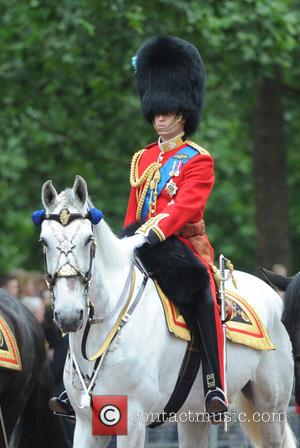 The Duchess, who welcomed her second child, Princess Charlotte, in May (15), attended the Trooping of the Colour parade with her husband Prince William and their son Prince George.

The family stood alongside the Queen, who turned 89 this year (15), as well as Prince Harry and Charles, Prince of Wales and Prince Philip, Duke of Edinburgh, on the balcony of Buckingham Palace to watch a flyover by display team the Red Arrows.

More than 1,000 soldiers took part in the traditional event, and Prince William, along with his father Prince Charles and aunt Princess Anne, rode on horseback with the troops during the procession.