Kate Winslet has admitted she was ''terrified'' of Alan Rickman when they first met when she was just 19-years-old but now thinks he's ''such a gentleman''. 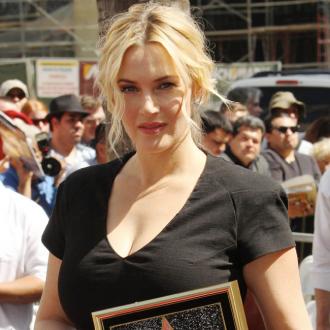 Kate Winslet was ''terrified'' of Alan Rickman when they first met.

The 39-year-old actress first worked with the actor 20 years ago on 'Sense and Sensibility' and was convinced he thought she was ''rubbish'' so she was glad she had a much more pleasant experience when he recently directed her in 'A Little Chaos'.

She said: ''It was wonderful [having Alan direct]. We all benefited from his understanding of actors and how we're all a bit funky sometimes and we can whinge and whine a bit.

''Alan is such a gentleman but when I first met him I was absolutely terrified. I was 19 and he's got that voice. I remember thinking, 'I'm going to die, he thinks I'm rubbish, why am I here?'''

One scene in 'A Little Chaos' called for Kate to fall into water, and though it was cold, she insists it was easy to cope because it wasn't as bad as being submerged during filming of her 1997 blockbuster 'Titanic'.

She told US' OK! magazine: ''It was freezing but, you know, I've done 'Titanic'. It was a bit like taking a cold bath in comparison.

''That's one of the wonderful things about being an actress - you find yourself in these very extreme situations and you go into coping mode.

''You know it's going to be OK, you're not going to get hurt because there's a bunch of people there making sure you won't, and it's really fun.''