Katie Price: I haven't worked out for years

Katie Price hasn't been to the gym ''for years'' and is attempting to get her baby weight off by going horse riding. 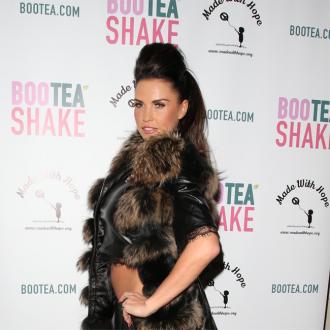 Katie Price hasn't been to the gym ''for years''.

The mother-of-five has been enjoying some light horse riding in an attempt to get back to her normal weight after giving birth to daughter Bunny four months ago, but admitted she is going to hit the gym again in the near future.

Speaking on Australia's 'The Morning Show', she said: ''I am starting to eat healthy now and I'm going to start the gym.

''I always say, 'On Monday I'm going to start,' but that Monday hasn't happened yet. There's probably a lot of things that people probably do to look good after having a baby.

''But, like I say, there is no pressure. I don't know what these Americans do or in fact some people in England, what they do.

''I think you either ping back or you don't, it depends on your genes and stuff.

''I haven't been to the gym for years so I normally ride my horses but I am definitely going to start the gym.

''I have to have a personal trainer when I do go to the gym, I can't train on my own because it needs someone to push me and I know that that hour is going absolutely kill me.''

The 36-year-old star insists she isn't too worried about getting rid of her baby weight and believes other mothers shouldn't feel the need to pile off the pounds immediately after giving birth.

She added: ''I would just say eat healthy and don't stress about losing that baby weight.

''Enjoy your moments with the baby because they do grow and eventually, when you're ready, because you've got to let your body settle, I say, it's not going to happen overnight so don't stress about it. What will be, will be.

''I was lucky this time with Bunny because I bounced back really quick and I haven't worked out.

But you know, everyone's body is different, don't stress about it and enjoy the baby.''

Katie is also mother to kids Harvey, 12, from her past relationship with Dwight Yorke, Junior, nine, and Princess Tiaamii, seven, from her marriage to Peter Andre, and Jett, 15 months, who she has with 27-year-old husband Kieran Hayler.