Katie Price is not worried about ageing

Katie Price is looking forward to growing older and wearing nappies like ''most old people''. 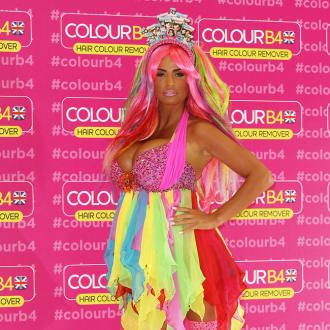 The 36-year-old former glamour model insists she's not bothered about the ageing process and will spend her twilight years living in nappies like ''most old people''.

Speaking to Digital Spy, she said: ''Lots of people worry about ageing, but you're born like a baby - wrinkly, you need nappies and you're fed.

''If you look at most people who get old, that's how you end up. There's nothing you can do about it.

''You can have Botox to look fresher, but you're going to get old. I'm not scared of it at all.''

Meanwhile, Katie has hit the headlines recently after it emerged her third husband Kieran Hayler, with whom she nine-month-old baby Jett, had been having an affair with her best friend Jane Pountney for seven months.

Katie - who was wed to Peter Andre for four years until 2009 and Alex Reid for just under a year until January 2011- insists she won't be heading for the aisle for a fourth time following the end of her relationship with Kieran.

She said previously: ''They say if you're a bridesmaid more than five times you'll never be a bride.

''I've been a bridesmaid seven times. I tried being a bride, but look what happens. What can I say? I wish my heart didn't rule the way I feel. If it was my head, I'd be a different person.

''But no more marriages. I don't think I'll be allowed to get married again.''

Katie - who has also sons Harvey, 12, Junior, eight, and daughter Princess, six, from previous relationships - is currently pregnant with her fifth child.