Katie Price only gave birth to her fourth child in August, but is already thinking about having more kids. 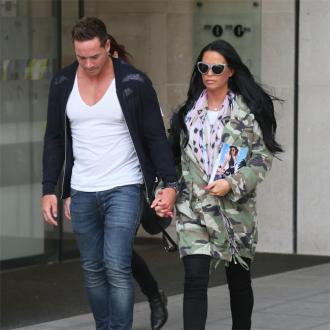 The former glamour model gave birth to fourth child Jett Riviera - her first with current husband Kieran Hayler - in August and though her spouse only wants one more baby, Katie wants her family to get much bigger so she doesn't get ''lonely'' in her old age.

She said: ''I've always said I want loads of children. I don't want to grow old lonely! But Kieran's saying he only wants one more and I['m saying, 'I don't think so!' For me, I'll carry on going, but with Caesareans, you can only have so many, so I'll carry on and then I'll joke that I'll then get a surrogate. I only joke, but I might be able to have another four myself, you don't know.''

Katie - who has son Harvey, 11, with Dwight Yorke, and kids Junior, eight, and Princess, six, with ex-husband Peter Andre - also insisted she isn't worried about losing her baby weight any time soon.

She told Britain's OK! magazine: ''I'm supposed to be doing the London marathon next April so really I should start training for that next month. I keep saying to Kieran, 'Please be strict with me'. I try to eat healthily but by the evening I'm like, 'F**k it, let's get the chocolate biscuits'.

''But if I do have the odd lump and bump then so what? I'm entitled to after four children. I put on about 50lbs during this pregnancy and I've got about 20lbs to go until I get to my normal weight. But I'm in no rush.''