Katie Price has bought a new mansion, next door to her old one, in West Sussex after it emerged her husband had an affair with her best friend in its stables. 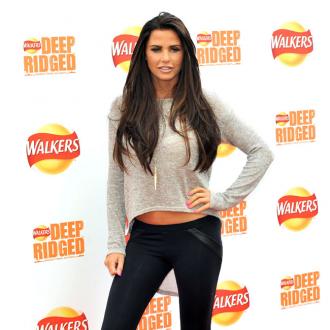 The 36-year-old star, her husband Kieran Hayler, and five children moved into the nine-bedroom mansion, which is located next door to her old home, in West Sussex last month after snapping it up for £1.3 million.

The former glamour model bought the lavish home, which boasts a two-bedroom annexe, a tennis court, stables and 12 acres of land, from the United Kingdom's Cabinet Office Minister, Francis Maude, according to The Sun on Sunday newspaper.

Katie has sold her old mansion, which she bought with her ex-husband Alex Reid in 2010, to Olympic gold-medallist showjumper Scott Brash, 28, for £2million.

The stunning star decided to wave goodbye to her old home in order for a fresh start after it was revealed Kieran, with whom she has 14-month-old son Jett and two-month-old daughter Bunny, had been having an affair with her best friend Jane Pountney in its stables.

Katie has given the builder, whom she married in January 2013, a second chance but she insists she will walk away if Kieran - who also had an affair with her pal Chrissy Thomas - slips up for a second time.

She said previously: ''Some people say it would've been easier to walk away but I wanted to stay and make a go of it. I'll never forget what he did and this is his last chance - if he did anything else, I'd be off - but Kieran's changed so much. He's continuing with his therapy and is happy.''

Katie also has 12-year-old son Harvey from her relationship with retired soccer player Dwight Yorke and nine-year-old son Junior and seven-year-old daughter Princess from her marriage to Peter Andre.