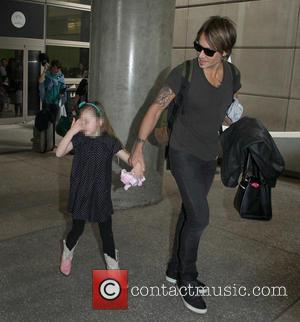 A Massachusetts man has been arrested after allegedly raping a 17-year-old girl at a Keith Urban concert over the weekend (26-27Jul14).

The You'll Think of Me hitmaker brought his Raise 'Em Up Tour to the Xfinity Center in Mansfield, and during the show, 18-year-old Sean Murphy allegedly sexually assaulted an unnamed girl on the lawn area of the venue, while fellow concert-goers looked on and took videos with their cell phones, according to The Sun Chronicle.

An off-duty police officer noticed the crowd gathering around the couple, and Murphy was taken into custody shortly after.

According to police, both Murphy and the girl were consuming alcohol during the concert.

Murphy has pleaded not guilty the the charge of rape and claims the sex was consensual.

Urban's gig was also marred when emergency medics from five mutual aid communities were called in to treat a high number of revellers who had become ill, including 46 who were treated for "alcohol-related" illnesses, 22 of whom were sent to local hospitals for further treatment.

In addition, 50 concert-goers were arrested and taken into custody for unspecified reasons.