Kelly Clarkson Has Never Been In Love

Kelly Clarkson has confessed she has never been in love because she's never met a man she had really strong feelings for. 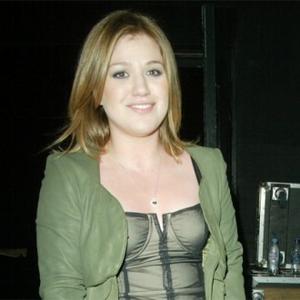 Kelly Clarkson has never been in love.

The 29-year-old pop star says she has never found a man who was worth "breaking down" her emotional wall for, but she is convinced she will eventually meet her 'Mr. Right'.

She told the USA Today newspaper: "I've never experienced certain things, and I think that's because I have this side of me that is shut off. Because I haven't found anybody yet to open to that I feel like, 'OK, you're worth breaking down that wall for.' I've never found that."

The 'Mr Know It All' singer - who was the first winner of 'American Idol' in 2002 - admits he music career makes it difficult for her date because she is never in one place for long.

She added: "It's really hard to date when I'm on four different continents in a week. Even if I do meet a great guy, I ain't ever gonna see him. There's only so much you can do with Skype!"

The Grammy Award winner thinks her romantic failings will eventually be a good thing because if she meets the right guy in her 30s she has more chance of staying with him.

She mused: "Statistically, if you wait that long, you're not going to get divorced."