Kelly Osbourne has called off her engagement to Matthew Mosshart, but it is believed they ended on good terms. 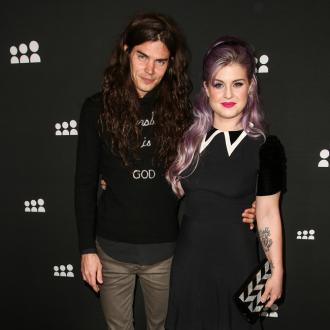 Kelly Osbourne has called off her engagement.

The 'Fashion Police' co-star has ended her relationship with her vegan chef fiancé Matthew Mosshart - who popped the question on New Year's Eve in 2012 - but it is believed they split on good terms.

In a statement to UsMagazine.com, a spokesperson for the 29-year-old star said: ''Kelly Osbourne and Matthew Mosshart have decided to end their engagement. The split is amicable and the pair continue to have nothing but the utmost respect for one another. Kelly is looking forward to a new year full of fresh beginnings. No further comments will be provided by all parties and we request privacy, decorum and space from the press but don't expect it.''

Kelly hinted that her relationship had hit the rocks after writing a cryptic message on Twitter on Wednesday (08.01.14).

She said: ''its all about perception sometimes the bad things that happen in life aren't really bad at all especially when you learn something from it! (sic)''

However, the news may come as surprise to fans as Kelly - whose mother Sharon Osbourne has been busy planning a traditional English wedding for her daughter - referred to David as her ''true love'' last month.

She on Twitter: ''I came home from a 12 hour day to find a home cooked meal, clean house & fresh sheets on my bed #WhenMenGetItRightTheyGetItRight #TrueLove!! (sic)''