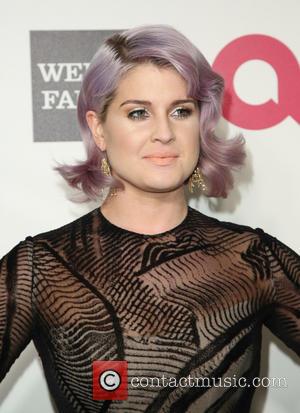 Kelly Osbourne has defended the decision to feature Kim Kardashian and Kanye West on the cover of American Vogue magazine, urging critics to "stop raining on their parade".

The reality Tv star and her rapper fiance are pictured on the cover of Vogue's forthcoming April (14) issue, but their appearance on the front of the fashion Bible has sparked outrage among readers.

However, Fashion Police presenter Osbourne insists style fans have no right to question the decision of Vogue's editor-in-chief Anna Wintour and brands criticism of the couple "disgusting".

In a blog posted on Tuesday (25Mar14), she writes, "Regardless of whether or not you think Kim and Kanye are worthy enough be on the cover it is, it's not your decision to make. I do believe that would be up to Anna Wintour... She knows what she is doing...

"To all you people bashing Vogue, Kim, Kanye, and Anna stop and really think for a second because I am willing to bet my life that whether you recognise it or not, somewhere hidden deep down inside of all of us is the dream of being on the cover of Vogue!!! So back off stop s**tting on people's dreams that have come true and try for once to be happy for other's success. Stop raining on their parade!"