Kendrick Lamar Has Been Hit With A Copyright Infringement Lawsuit By A Photographer Who Alleges The Rapper's Artwork For His Single The Blacker The Berry Was Used Without His Permission. 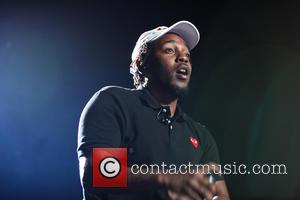 In the documents obtained by Entertainment Weekly, Cipriani alleges Lamar has been using the image to promote the song off his hit album To Pimp a Butterfly since February (15), posting the art on his various social media pages, as well as using it for general press, but the snapper claims he did not give permission or receive payment from Lamar's camp.

Cipriani, who also named Top Dawg Entertainment and Interscope Records in the lawsuit, is seeking $150,000 (£93,750) for each time the image was used, as well as additional legal fees.

The photographer is also asking for an injunction against Lamar to prevent any further unauthorised use of the image.

Lamar has yet to respond to the lawsuit.