Actor and 'Thor' director Kenneth Branagh is reportedly locked in negotiations with Disney to helm its latest adaptation of 'Cinderella'. 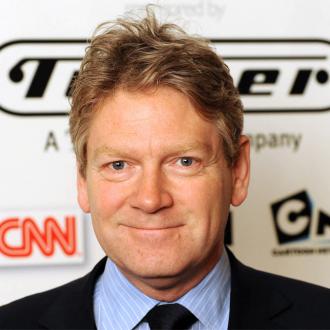 Kenneth Branagh is reportedly in talks to direct 'Cinderella'.

The actor and 'Thor' director has been linked to Disney's latest remake of the classic fairytale just weeks after original director, Mark Romanek, departed from the project.

The filmmaker is said to currently be in negotiations with the studio, with filming scheduled to begin in London later this year for a 2014 release - website Vulture reports.

'Lord of the Rings' actress Cate Blanchett is also attached to star in the film as Cinderella's wicked stepmother, but the role of the titular princess has yet to be cast as Disney are still waiting for an actress who is the ''right fit''.

The latest draft of the script was penned by 'The Twilight Saga: New Moon' director Chris Weitz.

Disney gave the green light to the feature, being produced by Simon Kinberg, following the success of its 2010 live action adaptation of 'Alice in Wonderland', directed by Tim Burton and starring Johnny Depp.

Actress-and-singer Brandy Norwood played the princess in Disney's made-for-TV musical version of the fairytale produced by Whitney Houston in 1997.

The 'I Will Always Love You' singer also starred in the film as Cinderella's fairy godmother, while Oscar-winning actress Whoopi Goldberg played the prince's mother.