Review of Animal Album by Kesha 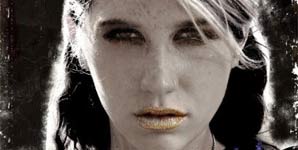 For us Brits, it's difficult to take anyone who chooses to position a dollar sign in the middle of their name seriously. That's right, Ke$ha. Shudder, just writing it feels wrong. She is yet another 20-something highly ambitious 'you'll either love her or hate her' US artist. But with a whole heap of expensive production and a no doubt forceful marketing team behind her, she seems to be making some kind of impact. Whether it's sustainable, on the showing of her debut album 'Animal', remains to be seen.

It doesn't take long to realise that this album's got one message - party hard and live life to the max. Really, not such a terrible moral, but all the time you flit between thinking that Kesha doesn't really believe what she's selling, to that she's a young pop star who wouldn't think twice about selling her family to the circus in order to succeed.

Ke$ha's debut 'Tik Tok' is a rambunctious track that deserves the success it's achieved so far; it won't change the world, but is a great example of disposable, generic pop. Sadly, as the second album track with copious more to go, this is probably its highlight. Following this it descends into unrealistic college chaos. After already announcing she brushes her teeth with Jack Daniels in 'Tik Tok', in next track 'Take It Off' Ke$ha declares she visits strip clubs with "a bottle of whisky in your handbag". For some reason though, you don't spend time worrying about the state of her liver; in fact, you doubt that she's ever had any stronger than a shandy.

Before this review gets unnecessarily mean, there's no doubt some fun to be had in this album and that's what pop music should be about. However, tracks such as 'Stephen' and 'Backstabber' could have been abolished from the track listing and nobody would have given a hoot. Both are overly-produced and poorly written, signalling that if Ke$ha wants to take the UK by storm, it won't be done entirely off the back of this album.

The spirit of 'Blah Blah Blah' featuring 3oh!3, a track joining together stupidly named artists, is a little more fun; but Ke$ha's vocals really do grate. Throughout the whole album you can't actually tell whether she has a good voice; each track is mostly auto-tuned and her insistence on rapping makes it difficult to make a decision. This is definitely an artist more about style than substance. This is evident on the Katy Perry-esque 'Party At A Rich Dude's House'; it should be a great three minute pop song, but where Perry mostly vocally succeeds in her outings, Ke$ha struggles to reach the high notes without them sounding forced.

The most emotional this album gets is with 'Blind', a track that seems to be about a girl telling a guy she's over him and he's going to regret losing her. Original it is not. It's bland and if its intention is to show Ke$ha's softer side, it fails. If she's the girl in question, it's doubtful the guy will miss her at all.

So, the manufactured trashy image conjured up by many big cheeses doesn't seem to wash. There's no doubt Ke$ha looks the part and a few of the songs tick the disposable pop bill, but you're always thinking that there's something better out there; a better vocalist who could take advantage of the support that Ke$ha is being given. Let's hope that vocalist is found and Ke$ha can slope off with her JD.