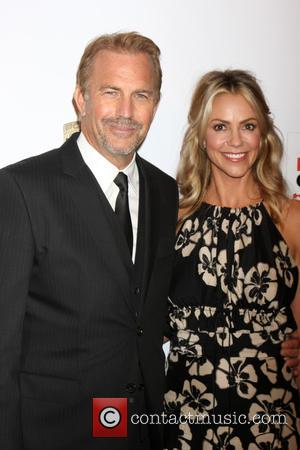 Kevin Costner is praying Whitney Houston's daughter Bobbi Kristina Brown recovers from her near-drowning incident, because he "can't imagine" how her family is coping as it prepares to mark the third anniversary of his The Bodyguard co-star's death.

The 21 year old was hospitalised in Georgia on Saturday (31Jan15) after her husband, Nick Gordon, found her face down and unresponsive in a bathtub at the couple's Roswell home.

Reports suggest she was placed in a medically-induced coma and on Monday (02Feb15), the Houston family revealed Bobbi Kristina was "fighting for her life".

Costner reveals he was heartbroken to hear the news of Brown's medical emergency, especially as the circumstances are eerily similar to those surrounding her superstar mother's passing, which occurred on 11 February, 2012.

He tells People.com, "I was sad (to hear the news), obviously. That family's under a lot of stress right now, just an enormous amount of stress... I can't imagine (how they are coping)."

Costner, a father of seven, admits he hasn't spoken to Brown in "a little while", but he is hoping everything works out for the youngster, adding, "I really hope she's Ok."

The actor famously delivered a moving tribute to his late pal Houston at her funeral in 2012.

Brown is Houston's only child with ex-husband and R&B singer Bobby Brown.