Childhood: Bobbi Kristina Brown was born in Livingston, New Jersey. Her parents are the late six-time Grammy winning superstar Whitney Houston and R&B singer Bobby Brown. She was part of the cheerleading squad at her middle school. She had a tumultuous childhood with her parents' frequent drug use and alcohol abuse and their divorce in 2007. When her parents split, Whitney won custody over her.

Career: Bobbi Kristina Brown is currently pursuing an acting career and appeared in comedy drama TV series 'For Better or Worse' in 2012 as the character Tina in the episode 'The Blind Date'.

Personal Life: Bobbi Kristina Brown's mother died in 2012 after drowning in a bathtub in her Beverly Hilton Hotel room. Further reports suggested this was as a result of cocaine use and heart disease. She was engaged to her adoptive brother Nick Gordon. The pair seemed to have broken up as of November 2012 but they were spotted shopping for household goods together in February 2013 apparently smoking pot together. The pair were also in a serious car accident in November, but managed to escape unscathed. She has an apartment in Alpharetta, Georgia. She paid tribute to her mother on her birthday by tattooing her initials and four doves on her wrist. Her father was recently sentenced to jail for his repeated driving under the influence offences.

The 29 year old was arrested in Florida at the weekend.

Nick Gordon, the former boyfriend of the late Bobbi Kristina Brown, has been arrested on suspicion of domestic violence in Florida at the weekend.

According to a report by TMZ that has had a view of the arrest report, 29 year old Gordon has been charged with battery by Seminole County Sheriff and handed a bond of $500, with a court appearance set for April 6th.

After he was arrested on Saturday night (March 10th), Gordon’s girlfriend, Laura Leal, had a visible injury that included a swollen bottom lip with dried blood. She told police that she had picked up Gordon from a bar in Sanford and, while she was driving, he “struck her in the right side of her cheek several times,” and pulled her hair and told her that “he should make her wreck the vehicle.”

Whitney Houston, the woman behind the 1992 number one hit cover of 'I Will Always Love You', was without doubt one of the finest voices in the history of pop music having won nearly 250 awards in her career including 7 Grammys. Unfortunately that was the problem. She was only ever seen as this brilliant talent, a commodity for her record label. This was a woman who struggled with the pressures of fame in a business that refused to let her be her true self, to find her own identity, and ultimately destroyed her.

As if she didn't have enough in her life to contend with, such as her passionate yet turbulent relationship with Bobby Brown. She did have people looking out for her including PA Robyn Crawford, but it wasn't enough in the end to save her from her tragic fate. At just 48-years-old, she drowned in the bathtub of her hotel after a cocaine and prescription drug binge. It was a shocking end to woman who only ever wanted to entertain since she was a child singing in a New Jersey church choir. But as much as it was her passion and her identity, it was also her downfall.

'Can I Be Me' is a heartbreaking documentary echoing a haunting sentiment that Whitney Houstin continually expressed. It has been directed by the award-winning Nick Broomfield ('Kurt & Courtney', 'Biggie And Tupac') alongside Austrian filmmaker Rudi Dolezal. It features plenty of live performance and interview footage from the legend herself as well as new interviews with those who knew her and those who admired her including her mother Cissy Houston.

Continue: Whitney: Can I Be Me Trailer

Bobby Brown's interview with '20/20' yielded more details about his marriage to Whitney Houston, as well as news that Bobbi Kristina was supposed to have moved to L.A. just two days before she was hospitalised.

In another excerpt from Bobby Brown’s extensive interviews with ABC News this week, the pop star admitted to once hitting his former wife, though he insisted that he has “never been a violent man”.

Speaking to the network’s Robin Roberts for ‘20/20’ earlier this week, he detailed an incident that he explores further in his upcoming memoir ‘Every Little Step’ (released June 13th). According to Brown, he once lashed out physically at Whitney during a time in which he was “trying to maintain sobriety”.

However, he denied charges made by others that he was a “woman beater” and being “violent toward her”.

Bobbi Kristina's aunt spoke for the first time since her niece's death in August.

It’s been three months since the sad tale of Bobbi Kristina finally came to end, her mother Whitney’s sister-in-law and former manager Pat Houston has spoken for the first time about the 22 year old’s death, revealing that the family was planning on staging an intervention to help her deal with her problems.

Bobbi Kristina’s aunt spoke in an exclusive interview with Entertainment Tonight, and said that drastic action was being planned but sadly came too late, as the late star was found unresponsive in the bathtub at her home in Georgia at the end of January. Bobbi Kristina Brown’s friend and former roommate has claimed the late television personality and daughter of Whitney Houston used drugs. The friend, Danyela Bradley, was speaking at a deposition for a law suit concerning a car accident Bobbi was involved in in Atlanta three days before her hospitalisation in January. Bobbi Kristina Brown photographed in 2012 at the premiere of the reality show, The Houstons: On Our Own.

Bobbi Kristina spent six months in a coma before passing away in July, and her father gave his first interview since her death to 'The Real'.

Bobby Brown, the father of the late Bobbi Kristina, has given his first interview since the death of his daughter in July, saying that his belief that her mother Whitney Houston “called my daughter with her” to heaven brings him comfort.

Brown appeared on the syndicated daytime talk show ‘The Real’ in an episode scheduled to be broadcast on Monday September 14th. He said that he and his family did everything they possibly could for Bobbi Kristina until her death on July 26th. She spent nearly six months from when she was found unconscious in her bathtub at home in Georgia on January 31st in a coma in hospital. Tyler Perry has shared a video he made which pays tribute to the late Bobbi Kristina Brown. The tribute video was shown at a private memorial ceremony last month but Bobbi Kristina’s family have asked for it to be shared with a wider audience. The video was posted on Perry’s Facebook page on Friday (4th September). Tyler Perry at the New York premiere of Selma in December 2014.

By Stephanie Chase in Lifestyle / Showbiz on 08 August 2015

The daughter of Whitney Houston and Bobby Brown died last month after being in a medically induced coma since January.

The estate of Bobbi Kristina Brown, who died last month aged 22, has filed a multimillion-dollar wrongful death lawsuit against her boyfriend Nick Gordon. The suit alleges that Gordon gave Bobbi Kristina a ‘toxic cocktail’ and left her with injuries which led to her death. The suit is said to be seeking at least $10 million. 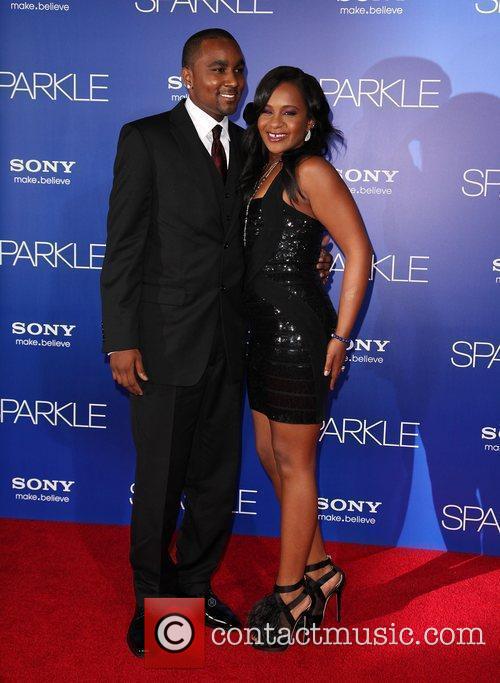 According to CNN, the lawsuit alleges that on the morning of January 31st Gordon and Bobbi Kristina argued for 30 minutes. “Upon information and belief, Defendant gave Bobbi Kristina a toxic cocktail rendering her unconscious and then put her face down in a tub of cold water causing her to suffer brain damage," the lawsuit reads.

By Elinor Cosgrave in Lifestyle / Showbiz on 02 August 2015

Alicia Etheredge, the wife of Bobby Brown, was rushed to hospital on Saturday (1st August) after suffering seizures.

Bobby Brown’s wife, Alicia Etheredge, was rushed to hospital after suffering from seizures. Etheredge was taken to hospital shortly after attending the funeral of Brown’s daughter, Bobbi Kristina Brown, on Saturday (1st August). Bobby Brown and Alicia Etheredge in Los Angeles in April 2015.

Read More: Bobbi Kristina Brown To Be Buried Next To Her Mother.

Bobbi Kristina Brown To Be Buried Next To Her Mother

The 22 year old daughter of Whitney Houston died on Sunday after spending more than five months in a coma, and will be buried next to her mother.

Bobbi Kristina Brown is to be laid to rest next to her mother, Whitney Houston, a new report indicates. A source confirmed to ABC News on Monday (July 27th) that she’ll be buried in Westfield, New Jersey at the Fairview Cemetery next to her mother.

The 22 year old, the only daughter of the late singer and her ex-husband Bobby Brown, died on Sunday, more than five months after being discovered unresponsive in a bathtub at her home just outside of Atlanta, in an incident that grimly echoed the fate of her mother.

Bobbi Kristina Brown is to be buried next to her mother, Whitney Houston

Continue reading: Bobbi Kristina Brown To Be Buried Next To Her Mother 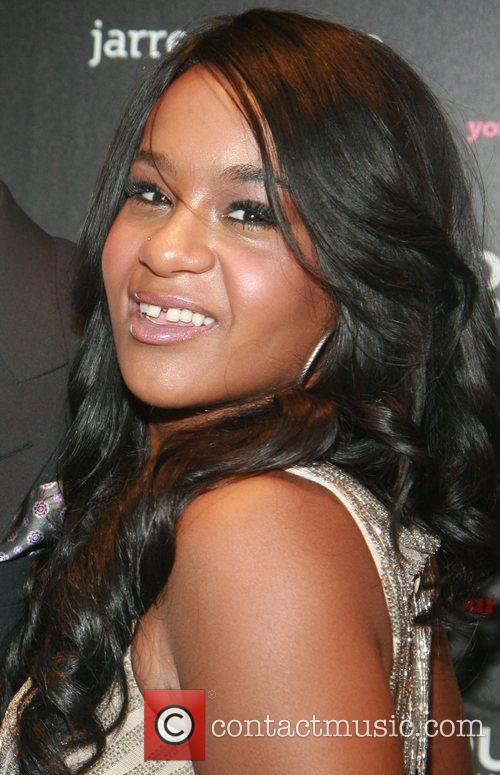 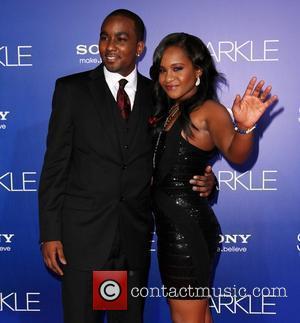