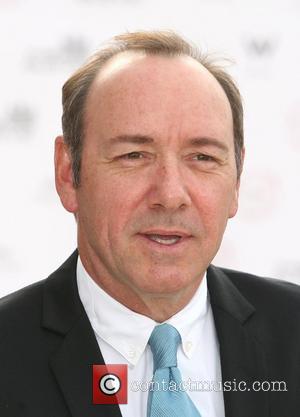 Kevin Spacey's dream of singing with a BEATLE came true on Thursday night (01Jul10) when he took to the stage with Sir Paul McCartney at a charity concert in London.
The Hollywood actor persuaded the music legend to perform a one-off show to raise money for his Old Vic theatre company, which is in need of a new roof at its London venue.
MCCartney took to the stage at the British capital's Battersea Power Station in front of a star-studded audience, including Dame Judi Dench, Joely Richardson, Jeremy Irons, Sir Patrick Stewart and Stephen Daldry.
Spacey reportedly asked MCCartney's security guards whether he could join the star on stage, and then ran past them before they had a chance to say no - joining his idol for a rendition of Beatles classic Hey Jude.
He told the crowd, "That might be my only chance to sing with Paul MCCartney".
MCCartney later praised his pal for stepping onstage, telling Britain's Evening Standard newspaper, "He rocked his socks off - it was fantastic. We loved having him up on stage."
The evening also included a charity auction, with works by prominent artists including Tracey Emin, Damien Hirst and and Banksy going under the hammer.