Kim Kardashian admits she missed her daughter so much on honeymoon with husband Kanye West last week and is ''excited to be home to squeeze her so tight'' in Los Angeles. 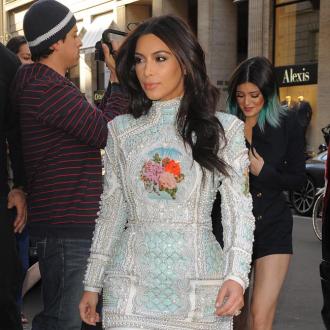 Kim Kardashian admits she missed her daughter so much on honeymoon.

The 'Keeping Up with the Kardashians' star was reunited with baby North West, who is set to celebrate her first birthday on June 15, on Sunday (01.06.14) after jetting back to Los Angeles from her romantic holiday with husband Kanye West following their wedding in Florence, Italy on May 24.

The brunette beauty wrote on Twitter: ''Missed my baby girl so much! Excited to be home to squeeze her so tight!''

The reality TV star, 33, also took the opportunity to pour cold water on reports she hated every second of her ''boring'' honeymoon in Ireland, which was organised by the rapper, and made him leave early so they could enjoy a few days in Prague before attending his stylist's wedding in the Czech Republic on Saturday (31.05.14).

She wrote: ''Had the best most relaxing romantic honeymoon in Ireland & Prague!''

Kim's mother Kris Jenner brought North back to L.A. from Italy to allow her daughter to spend a few quiet days with Kanye following their lavish nuptials.

A source previously revealed the couple were eager to have a honeymoon-baby, as they want to expand their family as soon as possible.

The insider recently said: ''[They] both want more kids. Kanye would have already been trying for another, but Kim just wanted to get back to feeling like herself again first. But more kids are definitely in the plan.''