Kim Kardashian's new app is about ''mixing high fashion with being a mom''. 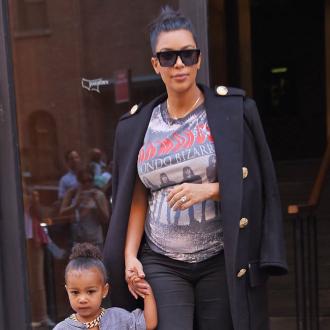 The 34-year-old pregnant reality TV star and her sisters Kylie Jenner, Kendall Jenner and Khloe Kardashian have recently launched their own websites and apps and Kim's will focus on fashion and raising her kids.

Jen Garcia Executive Editor at Whalerock Industries told WWD: ''Kim is very high-end. It's about mixing high fashion with being a mom. I think you're going to see a lot of beauty from her. A lot of the focus will be on tutorials.''

And Jen was impressed with Kim's work ethic.

She explained: ''Kim is just so savvy [about her business], and [if I send an e-mail to her] there's no lag time. She's just on it. It's amazing.''

Kim's wesbite also heavily features her daughter North with a ''get the look'' section on the two-year-old tot's outfits.

Jem explained: ''Kim was firing off e-mails on her flight to New York, writing: 'This is where North got this piece.'''

Kim shared a picture of North on the site and wrote: ''North loves wearing oversized clothes. She wears this Peas & Queues sweatshirt around the house all of the time because it's so comfy.''