Kim Kardashian is reportedly upset with Kanye West for throwing his birthday party in New York last week and wishes he would accommodate her more. 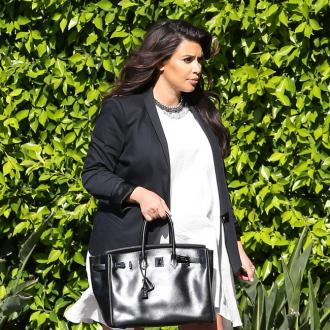 The 32-year-old reality TV star, who is no longer able to fly as she is due to give birth to the couple's first child in Los Angeles early next month, is upset that the 'New Slaves' hitmaker celebrated his 36th birthday at a star-studded bash without her in New York City on Saturday (08.06.13).

A source told gossip website RadarOnline.com: ''Kim is so close to giving birth and she's big and uncomfortable and knowing Kanye partied with all of their friends really made her mad.''

The rapper celebrated with his friends including Beyonce, Jay-Z, Nas, Kim's older sister Kourtney Kardashian and her boyfriend, Scott Disick, as well as her best friend Jonathan Cheban at Jamaican restaurant Ms. Lily's, because he was performing at the Governor's Ball in the city on Sunday (09.06.13), but Kim wanted him to delay his party and have it in Los Angeles instead.

The insider said: ''She isn't traveling this late in her pregnancy but everyone else there could have easily come to Los Angeles, they all can hop on a private plane any time they want!

''Kim totally respects Kanye and the work he has to do, but as her due date grows closer she is getting mad about how little time they're spending together and wishes that he would try and accommodate her more.''