Kanye West will reveal the first image of his daughter North West with Kim Kardashian on her mother Kris Jenner's talk show 'Kris' on Friday (23.08.13). 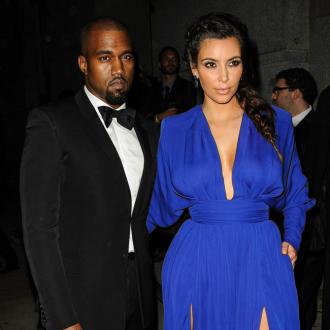 Kim Kardashian and Kanye West's daughter will make her world debut on Friday (23.08.13).

The 'New Slaves' rapper pre-recorded an interview with his girlfriend's mother, Kris Jenner, for the final episode of her talk show 'Kris' during which he unveiled the first picture of their two-month-old baby girl, North West.

A member of the studio audience told E! News: ''North is very beautiful. She has big cheeks, a lighter complexion than Kanye, but closer to Kanye's colour than Kim's. She has straight black hair and almond eyes just like Kim. She has a round face and is really cute.''

The insider added: ''North was lying in a bed on her stomach [in the pic], she was wearing a dark onesie.''

When asked why he decided to reveal the first photograph of his daughter on the show, the source said: ''[Kanye] said he had decided he wanted to show the picture of North because they didn't want to make money on the photo and he is fed up of paps following him around.''

The picture will be shown for several seconds during the show's screening on Friday.

It was previously reported that Kanye, 36, opened up about his relationship with Kim during the interview and talked about ''being in love with her from the moment he met her'', claiming he even considered taking up sports so she might be more interested in dating him.

A spokesperson for the show said the hour-long interview is a ''must-watch episode.''

The couple brought their baby to a funeral for Kanye's grandfather Portwood Williams Sr. in Oklahoma over the weekend but kept the tot covered under a blanket.