British Pop Star Kimberley Walsh Has Been Banned From Reforming Girls Aloud At Her Upcoming Wedding. 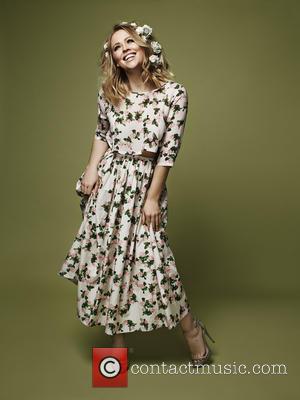 Picture: Kimberley Walsh - With a third of Brits (31%) working an average of an extra 7.5 hours a week - equivalent to a whole extra...

The singer's fiance Justin Scott has insisted she cannot regroup with her former bandmates Cheryl Cole, Nicola Roberts, Sarah Harding, and Nadine Coyle, for a wedding day treat following the group's split in 2013.

Walsh, who has named Cole and Roberts as bridesmaids, tells MailOnline, "I have been categorically told by Justin that there will be no Girls Aloud reunion and that I need to pipe down! He's said no dancing, no singing!

"He hates things like that and finds it totally cringe and to be honest I don't think the girls will want to be working on the day either."

The singer was dating Scott for 10 years before they became engaged last year (14). The couple share a 10-month-old son, called Bobby.