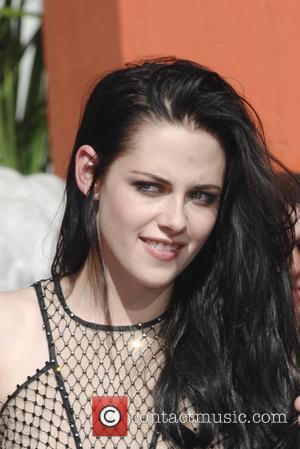 Twilight fans are now just hours away from seeing Kristen Stewart, Robert Pattinson and Taylor Lautner walk the red carpet at the premiere of Breaking Dawn: Part 1 in Los Angeles tonight (14th November 2011).
The 'big three' stars will arrive at the Nokia Theatre later today and are likely to spend time signing autographs for fans, some of whom have camped under a large tent at LA Live since Wednesday (9th November). Some of the devotees got an extra surprise on Sunday though, when supporting cast members including Peter Facinelli, Jackson Rathbone, Casey LaBow and BooBoo Stewart showed up for an exclusive breakfast-time autograph session and photo call ahead of tonight's event, reports the Los Angeles Times. Twilight saga author Stephenie Meyer also showed up at the event, handing out 600 pre-signed copies of 'Breaking Dawn' for delighted fans, some of whom personally thanked her for the friendships that had resulted from her books. Tonight's event will be the penultimate Twilight premiere, with Breaking Dawn Part 2 set to follow in November 2012. Kristen Stewart has already begun her post-Twilight career and will star in the fantasy adventure 'Snow White And The Huntsman', with Charlize Theron.
Meanwhile, Pattinson will play the lead in David Cronenberg's film adaptation of Don DeLillo's classic novel 'Cosmopolis'.