Kylie Jenner has been showing off her new four-legged friend on Snapchat.

Kylie Jenner and Tyga have been showing off the latest addition to their growing brood of puppies, a French Bulldog-Dalmatian mix named Rolly. The couple introduced the new pup via Snapchat (cause where else?), showing him playing with Kylie’s three other dogs in a series of videos. 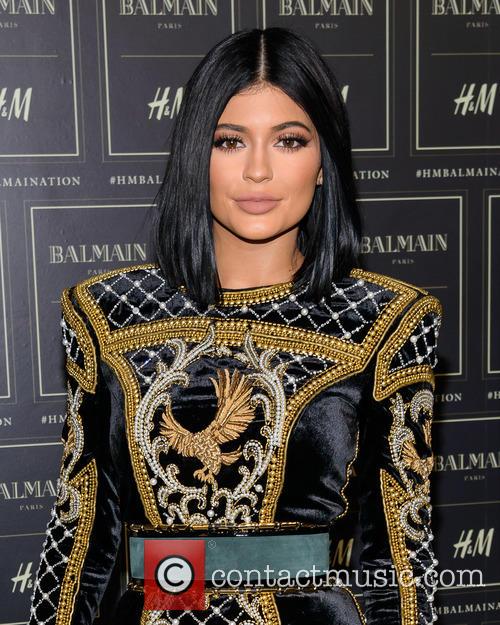 Kylie Jenner and Tyga have reportedly adopted a new puppy.

Rolly will have plenty of company in his new home as Kylie is already a mom to three Italian Greyhounds named Norman, Bambi and Sophia. The 18 year old frequently shows off her doggy brood on her Instagram and Snapchat accounts, posting videos and cute pictures.

But according to TMZ, Rolly is a pretty pricey pup. The website reports that the puppy ‘showed up’ on the couple’s doorstep on Thursday night with the help of Shrinkabulls.com. He was said to have been a gift from Jeremy Greene, the CEO of PingTank and came with a $50,000 price tag!

The pup also featured in an Instagram post by Tyga on Saturday, Proving he’s already mastered the art of posing, Rolly, who is white with black patches, is seen perched on Tyga’s lap with the caption, ‘Rolly $ $’.

Of course Kylie is used to some pretty expensive gifts. Back in August, as she celebrated her 18th birthday, Tyga reportedly surprised her with a $320,000 white Ferrari 482 Italia. The rapper, who was formerly in a relationship with Blac Chyna, has been rumoured to be dating the reality star for months, but the couple only confirmed their relationship recently.