Kylie Minogue To Reunite With Jason Donovan In December

Singer Kylie Minogue is due to reunite with Jason Donovan in December. 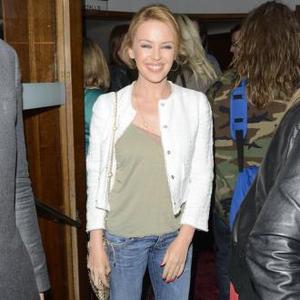 Kylie Minogue is due to reunite with Jason Donovan in December.

Pop producer Pete Waterman had planned to reunite the pair at his outdoor Hit Factory concert, but it was cancelled in July because of safety fears due to heavy rainfall and mud in London's Hyde Park.

However he is now hoping to get the former on and off-screen couple together at the end of the year to perform in at least one show.

He added: ''I just have to convince that artist to stay here until at least Christmas Eve and we can do it all the way we want to.''

Jason and Kylie - who were briefly a couple and co-starred in Australian soap opera 'Neighbours' - didn't rule out performing their song 'Especially For You' at a later date when the recent incident occurred.

The 44-year-old singer-and-actor tweeted: ''Well... you never know, I'm sure we'll get another chance!! Fingers crossed.''