Lady GaGa has reportedly asked Vera Wang to design her dress for her upcoming ''dream wedding.'' 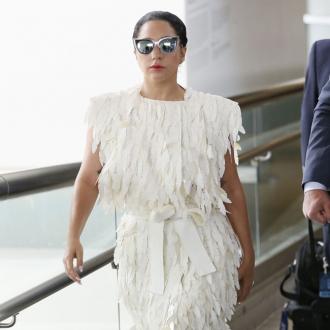 The 'Bad Romance' hitmaker, who is preparing to tie the knot with 'Chicago Fire' actor Taylor Kinney, reportedly reached out to her fashion designer pal to ask her to create her dream gown.

A source told Life & Style magazine: ''She trusts Vera to create an elegant, flowy dress that will fit into her dream wedding!''

The designer has previously created custom-made gowns for a number of other celebrities, including Khloé Kardashian, Alicia Keys and Mariah Carey.

The couple, who got engaged last Valentine's Day on February 14 after four years of dating, are planning to exchange vows in a ''relaxed beach wedding'' this summer at the 29-year-old singer's $23 million mansion in Malibu, California.

Taylor recently admitted he had no doubts about asking the star to marry him.

The 33-year-old actor said: ''It was snowing - it was beautiful.

The 'Edge of Glory' hitmaker also previously admitted she instantly knew he was the man for her.

She said: ''I really can't imagine being with anyone other than who I'm with right now. He is the right guy. I have that feeling. I just know it.''