Lady GaGa received a standing ovation from the crowd at the 2015 Oscars after performing a medley of songs from the 1965 film 'The Sound of Music. 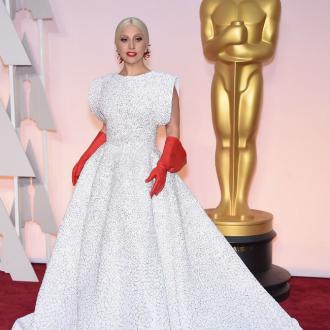 The 28-year-old star took to the stage at the prestigious annual awards ceremony at Los Angeles' Dolby Theater to celebrate the 50th anniversary of the classic musical with a recital of songs from the film including 'My Favourite Things', 'Edelweiss' and 'Climb Every Mountain' before receiving a standing ovation.

The 'Born This Hitmaker' was then joined on stage by Dame Julie Andrews, who starred as Fraulein Maria in the 1965 film and thanked her for her wonderful tribute'' before presenting the award for Best Original Score to Alexandre Desplat for 'The Grand Budapest Hotel'.

Andrews said: ''Dear Lady Gaga, thank you for that wonderful tribute. Oh my God. It really warmed my heart, it really did.

''It's hard to believe that 50 years have gone by since that glorious film was released. I blinked and suddenly here I am.

''I think that I do speak for everyone connected with the movie when I say we all really felt blessed to have been a part of it and as for me, well, how lucky can a girl get?

''Great music does more than enhance a film, it cements our memories in the film-going experience.''

Other artists who took to the stage at the 87th Annual Academy Awards included John Legend and Common with a rendition of 'Glory' from the 'Selma' soundtrack and Rita Ora with an impressive vocal performance of her 'Beyond the Lights' track 'Grateful'.