Our musical highlights from March include a "White Hot" album, a cinematic helping of Black Honey and a sixth number one album from Kings Of Leon.

We've only had three months of the year and yet it's already proving to be a creative period as musicians, singers, songwriters, performers and directors all seem to be flexing their artistic muscles. We've already had a record setting Grammy awards and are set to have an equally divergent and record setting BRIT awards. 2020 may have proved very difficult in terms of live performances but it has undoubtedly given rise to new ways of working and connecting, experimentation and exploration. Now more than ever it would appear, not only the pent up demand of the consumers, but also the pent up creations of the artists is being unleashed at an incredible rate. The first two months of the year have already seen major releases from Foo Fighters, The Pretty Reckless, Mogwai, Arlo Parks, Sleaford Mods and Nick Cave, to name but a few, and March has now added handsomely to that list with some great new releases. Here's our top five. 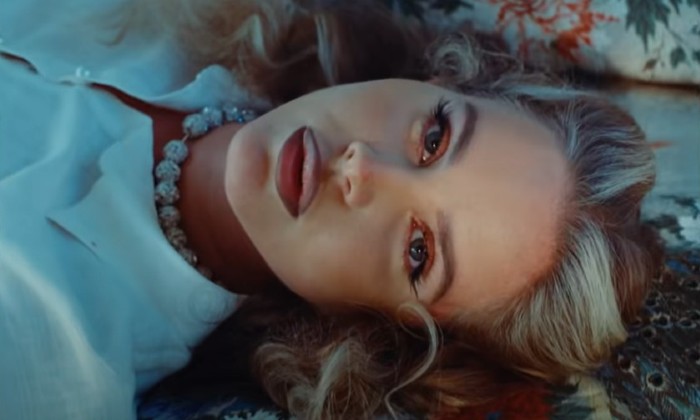 Lana Del Rey's seventh album, Chemtrails Over The Country Club, no sooner dropped than she announced the news of another new album due out on June 1st titled, Rock Candy Sweet. The torch singer's delayed Chemtrails album was due to be released at some point last year but ran into difficulties due to the pandemic. Lana's latest record is a follow up to the stunning Norman F**king Rockwell album she released in August of 2019 and is just as majestic. Her lyrical flourishes have not deserted her and some of the arrangements are just sublime. There are some absolutely stunning tracks to be found here including, Tulsa Jesus Freak, Dark But Just A Game and Breaking Up Slowly. White hot forever, the album's working title, prooved to be spot on.

Black Honey had a stellar month in March as they scored their first top ten album with Written & Directed. The Brighton Power-Pop/Indie band followed up their stunning 2018 eponymous debut album with another scintillating and vibrant record full of urgency and energy. The four piece, fronted by the charismatic and captivating Izzy Baxter Phillips, have delivered an album of standout tunes from beginning to end. On offer here are the frenzied, incendiary delights of Disinfect, the 60's/Broken Bells retro of Believer, the reflective, horn enhanced, I Do It To Myself and the stomping opener I Like The way You Die. Enjoy.

Kings Of Leon - When You See Yourself.

The Nashville rockers Kings Of Leon made a very welcome return with their eighth full-length studio album, When You See Yourself. The 11 track album, released at the beginning of March, is the band's first in more than four years and follows up 2016's Walls. Whilst the Followill clan may not have hit the heady heights they achieved with the likes of Sex On Fire, in truth they may not have wanted to. KOL seem more reflective on their latest record but also more content and settled, no longer chasing but settling on what they are best at. KOL have rested on a collection of coherent songs that play to the strengths of the band. There are more subtle melodies and underlying hooks on their latest, and sixth, album to top the UK album charts.

In-between finding time to deliver the message of God to his eager eared flock, Justin Bieber also found the time to deliver a 16 track album to largely positive critical acclaim. The Canadian global superstar, who is seemingly forever concerned with the mental well being of all those that hang on his every word, has had an unrelenting few years. Justice is Justin's second album in only thirteen months and follows his enormously successful Changes album. Since then JB has gone on to have huge chart hits with Holy, Monster with Shawn Mendes, Anyone and most recently Hold On. March also saw Bieber pick up his 2nd Grammy, winning the award for Best Country Duo/Group.

A ten year wait finally came to an end in March 2021 as Selena Gomez came good on her promise to release a Spanish language album. With the release of her seven track record Selena Gomez not only delighted her hoards of fans but also delivered her most accomplished set of songs for some time. The Wolves and Love You To Love Me singer may have been rocked with self doubt, and even suggested she may quite music, but it would be a travesty if Revelación did not lead her to record more songs of a similar nature. Gomez is in fine voice throughout and uses numerous Latin influences to help soundtrack her latest record and it is indeed a revelation.