If all things were equal then Ed Sheeran may have made the cut for our final five favourite new album releases of October, but they're not, and he didn't! Whilst Coldplay didn't give us the shivers, we didn't warm to their new album either; the inter galactic record lacked atmosphere amongst other things. Elton John however continued his re-imagining with 'The Lockdown Sessions', and he secured a number one single with Dua Lipa to boot. Duran Duran popped up on our radar again and ABBA released their third single from their highly anticipated new album 'VOYAGE'. Also on the comeback trail was Adele as she released the first single from her upcoming fourth album, '30'. 'Easy On Me' also secured Adele a number one single as she apologised in song for the part she played in her divorce. Heartbreak and pain also feature heavily in our top five choices. You may not be reaching for the Kleenex as quickly as you might with Adele but you'll still be gripped by the emotion in many of the songs featured on these incredible albums. 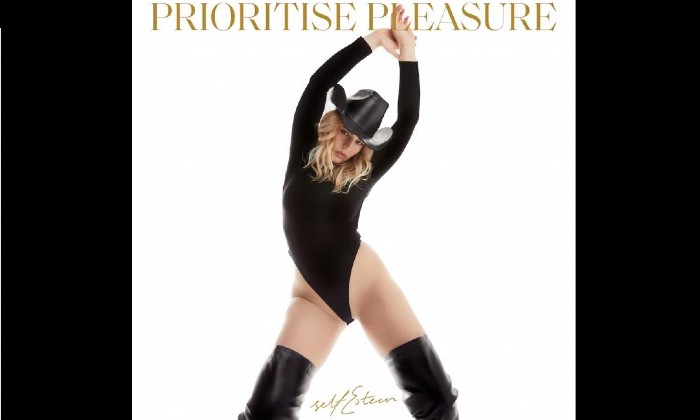 Rebecca Lucy Taylor's second solo album is a self assured treasure trove of empowering songs that are both intimate and irresistible. Taylor lays herself, unapologetically, bare over the course of the thirteen new songs featured on Prioritise Pleasure. From the lead single I Do This All The Time, through the roller coaster ride of the title track and the dramatic and confrontational How Can I Help You, to the final close out track Just Kids, RLT delivers a stunning album of great quality. We are not alone in our appreciation either, The Times, The Guardian, Music OMH and Record Collector all rated Self Esteem's follow up to Compliments Please, a five star release.

Marissa Nadler - The Path Of The Clouds.

Marissa's ninth solo album is exquisitely crafted and beautifully presented. Listening is a fully immersive experience as Nadler delivers an almost transcendental, meditative sonic experience through 11 faultless songs. The production and arrangement on The Path Of The Clouds are equally as compelling as the narrative songs themselves. Marissa's new material is her best yet; lyrically and instrumentally. Her voice and guitar are both beguiling instruments that deliver a weightless sound. If you do nothing else this year you should at least check out the singles Bessie Did You Make It and Couldn't Have Done The Killing but especially the album's final track, Lemon Queen.

PinkPantheress - to hell with it.

The new ten track mix tape from PinkPantheress, her biggest collection of songs to date, dropped on October 15th via Parlophone Records. Containing all but one of her previous six single releases, to hell with it perfectly encapsulated the sound of the emerging artist. The Bath born, London based singer-songwriter, initially made her name with her viral TikTok videos, including the breakthrough track Break It Off. However, it is the Mura Masa-produced single - Just For Me, that has proved to be her biggest hit, peaking at number 27 and staying on the UK singles chart for 11 weeks. We're expecting to see and hear a lot more of PinkPatheress and her "new nostalgic" sounds.

North Shields singer-songwriter Sam Fender hit the headlines recently for more than just his music. Breakfast TV was blessed with Fender's fresh, if not entirely sober, views on the take-over of Premiership football club Newcastle United as he appeared - "really, really hung over" on the BBC sofa. He was probably as pleased that Mike Ashley was departing the club as he was at securing his second number one album. Seventeen Going Under, Fender's follow up to his 2019 debut - Hypersonic Missiles, hit the top spot after only one week. It's a big, big record full of impassioned anthems, heart break, anguish and sorrow and it's a belter.

Lana's eighth studio album, her second this year, arrived after a few delays and after Del Rey quit all social media platforms so that she could have some "privacy". The follow-up to Chemtrails Over The Country Club may be no Norman F**king Rockwell! but the largely autobiographical album was still a highlight of October's album releases. The torch singer's vulnerability is laid bare on her latest record with sweeping soundscapes scoring the characteristically well versed lyrics. Lana's new 15 track record is made up of "older songs and a few newer songs, some written by family and friends and mostly old collaborators" and all are certainly worth a listen.