Rock Veteran Lemmy Is Using A Walking Stick To Get About Following A Series Of Health Problems. 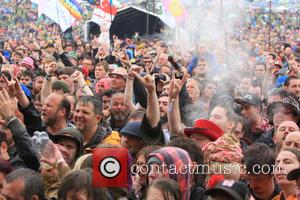 The Motorhead frontman has suffered a number of health issues in recent years, including heart surgery in 2013 which nixed plans for a European tour, as well as ongoing complications from diabetes.

The rocker has changed his diet and cut back on cigarettes as part of a lifestyle overhaul, and he has now revealed he is also having problems with his legs and needs to walk with a cane.

He tells Britain's The Guardian newspaper, "My legs are f**ked."

He failed to give any more details about his condition, but added, "Apparently I am still indestructible."

Lemmy goes on to declare he will keep the band going for as long as possible, adding, "As long as I can walk the few yards from the back to the front of the stage without a stick. Or even if I do have to use a stick."