Lena Headey was a fighter

Lena Headey was well-prepared for her role as Queen Gorgo in '300: Rise of an Empire' because she used to fight a lot when she was younger. 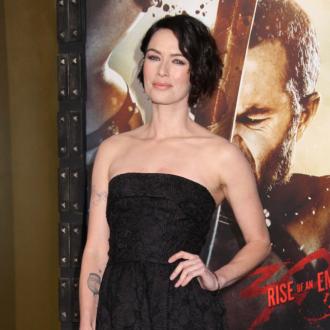 The actress was well-equipped for her role as Spartan Queen Gorgo in '300: Rise of an Empire' because she has plenty of experience of scrapping when she was younger, though she is unsure why she came to blows so often.

She said: ''I did a lot of training, which I love. I'm a tomboy. I used to get into a lot of fights. Don't know why, self-expression I guess. I got into boxing.''

The 40-year-old actress has a three-year-old son, Wylie, from her marriage to

musician Peter Loughran and she enjoyed bringing the little boy to the set of the movie because he was impressed by her sword-fighting skills.

She added in an interview with People magazine: ''He was on set during a fight scene. He stood up and said, 'Ninjas, be gentle!''

Lena - who also plays Queen Cersei in 'Games of Thrones' - also finds it funny how she's picked for regal roles because she isn't like that in real life.

She said: ''I'm covered [in tattoos]. That's what's hilarious. You couldn't get less royal than me.''