2006 contestant will try a stint on the UK panel. 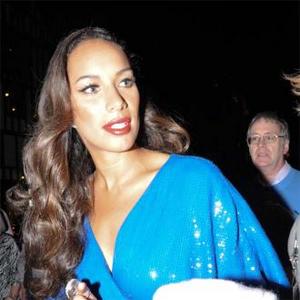 Leona Lewis is to be a guest judge on 'The X Factor' according to reports.

The 'Bleeding Love' singer - who won the series in 2006 - will return to the show that made her famous as a guest panelist for tomorrow's (26.05.12) London auditions at the O2 Arena.

Leona joins other big names including Robbie Williams and Rita Ora who have been lined up for temporary stints on the programme.

A source told The Sun: ''Leona isn't exactly the harshest critic in the world but she has experience of singing - and being on the 'X Factor'.''

She has sold ten million albums worldwide since winning the third series.

Meanwhile bosses have apparently recruited ex-Pussycat Dolls singer Nicole Scherzinger for the third London session after plans for Robbie to join the panel that day fell through.

She had originally impressed Simon Cowell when she was a stand-in judge two years ago in the UK.

However it was announced she would not be returning to the US series earlier this year after she replaces axed Cheryl Cole in the first American season.

A source said: ''Whatever happened in the US, Simon knows Nicole is a pro. Brits like her and she has the sex factor.''